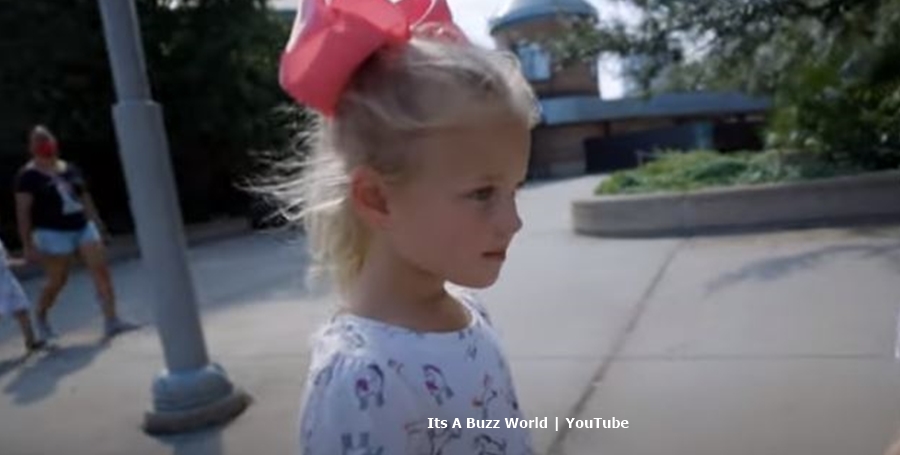 OutDaughtered quints taking too long to return to TLC? Well, Adam Busby just added more content on his YouTube Vlog for your entertainment. It runs for just over 15 minutes and reveals the cute kids enjoying their outing to the Houston Zoo.  If you like cute quints and cute animals, you might enjoy watching it in the article below.

It’s not clear how recently the family visited the Zoo, but it probably came before their recent outing to the Galveston Railroad Museum. We reported that Adam took some amazing photos at the Christmas event there which wowed fans.

Anyway, on his It’s A Buzz World vlog, Adam explained that they recently purchased a seasonal pass for the zoo. And it’s been over a year since their last visit. Sweet little Hazel told the camera, “we’re going to the zoo. ”

Meanwhile, OutDaughtered quints Ava and Olivia put on their socks and shoes. The twins each wore one blue and one pink sock. But Riley couldn’t find her shoes. The pair in her cupboard felt too tight. So, she declared that they weren’t hers. Actually, that could be a problem sometimes. The quints all wear the same type of shoes. Finally, with all the kids ready, the Busby family drove off to the zoo.

First, they saw the otters and the turtles

First stop inside the zoo revealed the turtles. And then, they looked out over the stream. There, they saw an otter. And, the kids seemed delighted when something that looked like a squirrel crawled out on a branch near the stream. But, Riley and Parker seemed to like the “fat” catfish in a tank. Actually, big sister Blayke also liked that and took a photo.

The OutDaughtered quints next caught sight of some jellyfish which made Hazel smile. Next, the Busby family visited the Bug House. Mom Danielle told Hazel to look in the glass bug box and then spooked her from behind. But the little girl took it well. Parker didn’t like the big tarantula spider and got such a fright. After that, the family looked at the primates’ enclosure hoping to spot a gorilla.

Hazel announces they’re going to see something, but she doesn’t know what

Next, Hazel, with her charming way told the cameras that they’re “going to see something.” But she didn’t know what they went to see. Well, they went to film the gorilla. The Hazel cam filmed the gorilla waking up and then sitting upright. Adam explained that as Hazel held the go-pro, fans probably missed what happened. The kids, including Blayke, got a big fright when the Silverback Gorilla slammed the glass.

Danielle asked the OutDaughtered quints, Ava and Parker, if they made the gorilla “mad.” But, they both denied it. And, Parker and Olivia told their mom the gorilla “scared ” them. Then, the kids showed their mom how the gorilla went “ooh ooh ooh” and banged on his chest. Of course, after that, all the kids started acting like gorillas.

Did you enjoy seeing the OutDaughtered quints visit the Houston Zoo? Do your kids ever get tired of visits to see the animals? Sound off in the comments below.