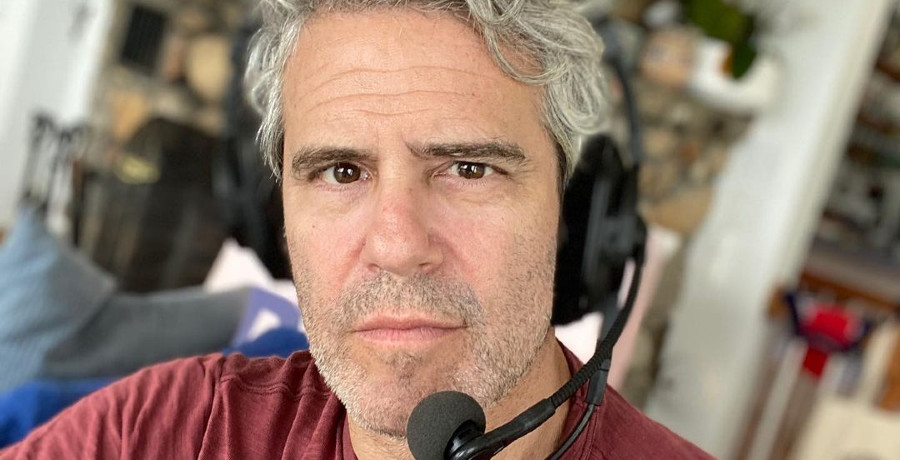 It’s been just a few days since Jax Taylor and Brittany Cartwright announced their departures from Vanderpump Rules. Rumors flew that the couple didn’t quit, but were fired. In fact, rumors abound that the show wouldn’t return for Season 9 at all. But on his radio show, Bravo host Andy Cohen seemed to imply the show will go on.

On Monday, December 7, Andy Cohen took to his Radio Andy show to speak out about the shocking exit. As fans know, on Friday, December 4, Jax Taylor and Brittany Cartwright shared shocking news on their respective Instagram feeds. In similar statements, the duo announced that they were leaving Vanderpump Rules.

Andy Cohen took to his radio show to talk about Jax and Brittany’s news. He had some very nice things to say about Jax. Additionally, he seemingly gave a few hints about the show’s future. According to Andy Cohen, the show still has a “solid cast” despite Jax and Brittany leaving.

Fans do wonder how Vanderpump Rules could continue with several of the stars expecting babies. Scheana Shay and Lala Kent are both nearing the six-month milestone in their pregnancies. Stassi Schroeder and Brittany Cartwright are also pregnant, leading fans to hope for a separate spin-off.

Andy Cohen has no news about that possibility, but he is excited for a “shift” in the Vanderpump Rules cast. He further implied that Season 9 is happening… at some point, Us Weekly reports. He said, “When that show’s going to start shooting again, I have no idea, but I’m excited.”

Even before Jax and Brittany’s exit, Vanderpump Rules Season 9 was on hold. Mainly because the restaurants in California were shut down all summer. After briefly reopening recently, it seems SUR and some of Lisa Vanderpump’s other restaurants are shutting down again.

Rising coronavirus cases caused several areas of California to go back into lockdown. So, it seems that going ahead with Season 9 greatly depends on if and when restaurants will be open. However, most of the remaining Vanderpump Rules cast no longer works at SUR anyway.

As mentioned above, Andy Cohen had high praise for Jax Taylor upon his exit from the Bravo show. It appears that the Bravo host also sent his appreciation directly to Jax Taylor. The former Vanderpump Rules star shared a screenshot of a message from Andy. In the message, he says that Jax was always a “good sport” on Watch What Happens Live.

Underneath Andy’s missive, Jax thanks him and says he will “see him again soon.”

That is something Jax has been saying a lot since the news broke. While he is holding the details close, he strongly implies that he (and Brittany) will return to TV soon in some fashion.

Do you think Vanderpump Rules will be back for another season? Let us know in the comments down below.