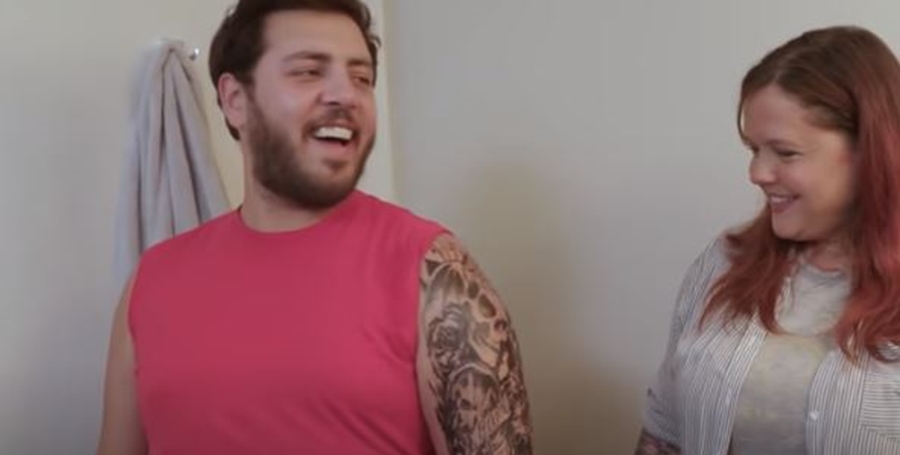 90 Day Fiance returned with Season 8 on TLC on December 6. Rebecca Parrot fans knew that Zied and Rebecca appear once more in the franchise. Part of the new season reveals Rebecca working at her new job. Recall, she took it on for extra income to support Zied when he arrived Stateside. Now, her fans give her a shoutout and “respect” for working hard.

Some TLC fans seemed a bit uncertain why Rebecca served in a diner in the show. Well, to catch you up, if you don’t know, she took on the job a while back. We reported in May this year, that Rebecca “told her fans she actually got a degree in the culinary field.” During their first season on TLC, fans knew that Rebecca worked as a private investigator. And, InTouch Weekly reminds fans that she got work in the “P.I. business” for about “two years.”

But, Rebecca Parrot might still do that job part-time as well as her new job. She became a General Manager at Joella’s Hot Chicken in Woodstock, Georgia. And that’s where 90 Day Fiance fans see her work in Season 8. In fact, they saw her serving up behind the counter when customers came in. So clearly, she’s a hands-on type of manager.

Blogger John Yates screenshot some of the scenes of Rebecca working and shared it on his Instagram account. For some unknown reason, he admits he doesn’t particularly like Rebecca. And, that left her many fans perplexed. Nevertheless, he added that he “will give her credit for still working and not trying to live completely off the show.” And that is the reason that so many fans respect her as well.

One 90 Day Fiance Season 8 follower wrote, “Yes, good for her! Mad respect for working real world jobs- no shame in that!👏🏻” Many other Rebecca Parrot fans agreed with that. One of them commented, “store managers make more than we realize, and also deal with so much! She’s a hard working woman.” Then someone noted, “LOVE her. She always keeps it real. Not a fan of most of the other cast members.”

The rest of the season

Tom’s Guide gives more details on what fans see with Rebecca and Zied this season. In Before The 90 Days fans saw that Rebecca and Zied started on the K-1 Visa after they got engaged. Now, fans see that she awaits the outcome of that rather anxiously. Zied’s on his way to the USA and that’s why Rebecca works hard. After all, he can’t work the instant he lands on USA soil.

Once more, 90 Day Fiance fans might see some cultural and religious issues between the couple. And, once again Rebecca Parrot worries that she’s being scammed. Fans should also see her daughter Tiffany raking up the coals over that.