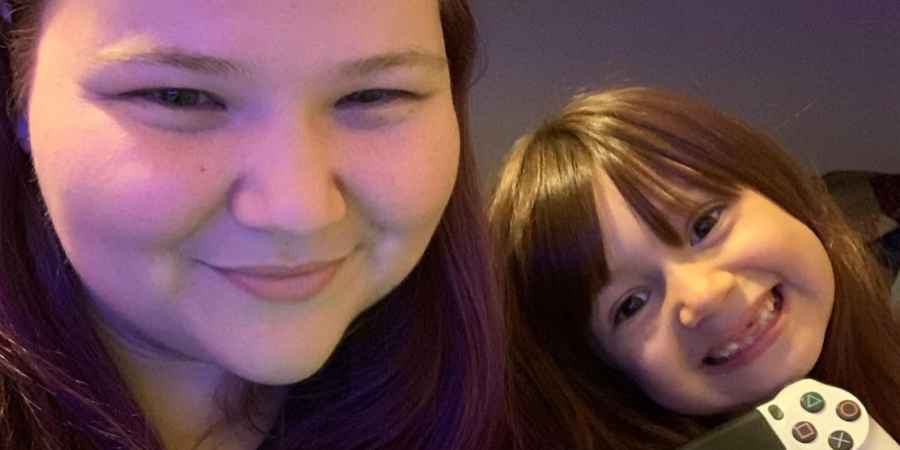 Let’s face it. Recently, 90 Day Fiance star Nicole Nafziger has been somewhat irritating. She constantly posts click-bait on IG, including RIP messages about Azan and possible pregnancies. Fans regularly blast her for this reason. However, this doesn’t mean it is OK for haters to take aim at her daughter, May. Nicole recently revealed she is still receiving many hate messages since she starred on the TLC show. The latest example of hate is a shocking direct message, directed at Nafziger and little May.

When a troll sent Nicole Nafziger a hateful DM on Instagram, the TLC reality star hit back and shared the moment with her fans.

This hater definitely went too far. They wrote, “You and May are by far the ugliest people I’ve ever seen.” They went on to tell Nicole that her daughter got her looks from her mother. The troll wrote, Also love how you love your eyes, but they are nothing special,” before going on to make a racist remark.

Nicole, 27, responded in her Instagram Story. She wrote, “What kind of person calls a child ugly? What the hell is wrong with people? So disgusting.” See the post below.

Of course, Nicole isn’t alone with having to deal with shameless haters. Other cast members suffer the same and Nafziger isn’t likely to be the last. After making her debut in Season 4 of 90 Day Fiance, she quickly learned how to handle haters and rumors about her personal life.

Since she returned from her recent trip to Morocco to be with Azan, haters have doubted their relationship. Despite this, Nicole confirmed in November that they are still together, while apart. Despite her pregnancy click-bait posts, she confirmed she wasn’t pregnant and that she and Azan are “very much together and happy.”

Hate while in quarantine

Nicole returned home to America in August after spending some months with Azan in lockdown. It was initially supposed to be a short visit to Morocco but ended up being longer due to the coronavirus pandemic.

Haters regularly targeted Nicole while she was away for “abandoning” her daughter. Her Mom, Robbalee, rushed to her defense, saying there was no abandonment. She continued, saying May is getting to spend time with her grandparents while her mommy is away.

Despite the hate, Nicole is happy to be back in Florida with her family. As an avid gamer, she has even found a new passion in her life. Nafziger wrote in December how blessed she was to be able to stream full-time on Twitch. She says it is great and so much fun and she is in a “friendly and kind community.”
In the meantime, fans can catch the latest couples and some returnees on Season 8 of 90 Day Fiance. The show airs on TLC on Sundays at 8 pm ET.