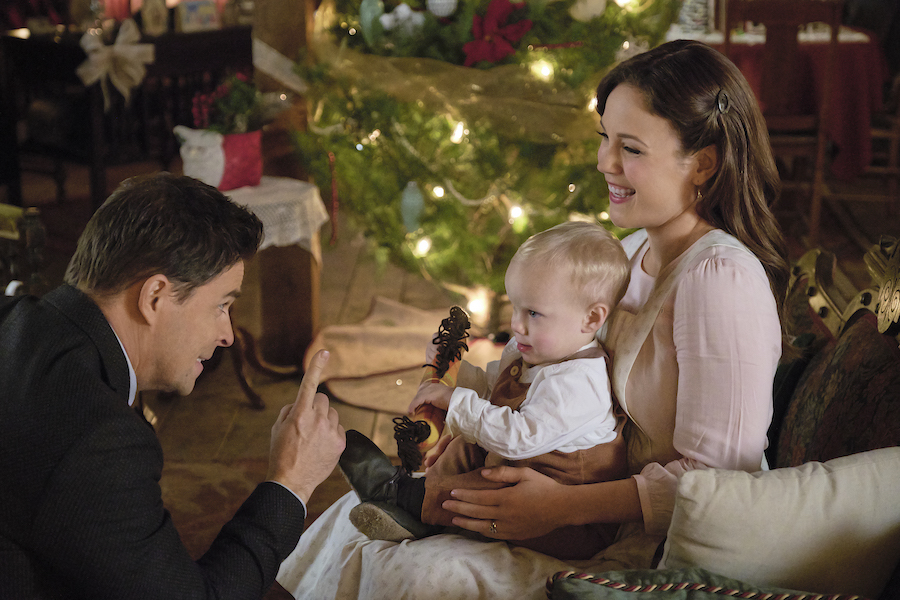 Hearties who have been waiting for news on the 2020 When Calls The Heart Christmas broadcast, now have something to look forward to on Christmas Day. We have all the details of a very special holiday treat!

Hallmark Airing When Calls The Heart: Home For Christmas

Hearties, are you ready for some exciting news. According to Erin Krakow’s Twitter, an encore presentation of When Calls The Heart: Home For Christmas will air on Christmas night at 8 p.m. Eastern. This is last year’s delightful Christmas movie.

But, WCTH fans will not be watching alone, Krakow, along with many other stars of the show, will be hosting the encore presentation. This looks like a lot of fun!

The Bonus Hearties Will Want To See!

In addition to When Calls The Heart: Home For Christmas, hearties will get a sneak peek of WCTH Season 8! This means the first look and clues of what fans should expect in the upcoming 2021 season!

How much of a sneak peek will this be? We are not quite sure. That is because we don’t know a whole lot about WCTH Season 8, except that Elizabeth will choose her man. We also know that there is a new family in Hope Valley!

Moreover, we don’t know if the sneak peek will be of an actual scene from the upcoming season, or if it will be a traditional trailer with short snippets. Hearties will just have to watch to find out.

What Happened To When Calls The Heart 2020 Christmas Movie?

In 2020, Hallmark managed to make 40 new Christmas movies, despite some very challenging circumstances. Moreover, they did start production of When Calls The Heart Season 8 in July. In addition, they announced there would also be a WCTH 2020 Christmas movie.

But, a month or so into the Season 8 filming, they announced that there would not be a 2020 Christmas movie. They did not explain why, but the fact that they didn’t finish filming Season 8 until right before Thanksgiving indicates that things just took a bit longer than normal.

They are filming during this dangerous time. This means that everyone is in a “pod,” masked and social distancing. Only those acting in a scene are taking off their masks.

While hearties are greatly disappointed with no When Calls The Heart 2020 Christmas movie, they can be excited that there will be two additional episodes in Season 8. Fans of the show have long wished for a longer season.

Best of all, it does not appear that there will be any WCTH Season 8 delays. For the past few years, they have premiered new seasons in February. There doesn’t appear to be any reason why this will not happen again.

In addition, Erin Krakow has made it clear that the rumors that Season 8 is the end are false. When Calls The Heart is not going anywhere, anytime soon.

So, plan your Christmas Day accordingly. The encore of When Calls The Heart: Home For Christmas will air on Christmas night at 8 p.m. Eastern, on the Hallmark Channel.