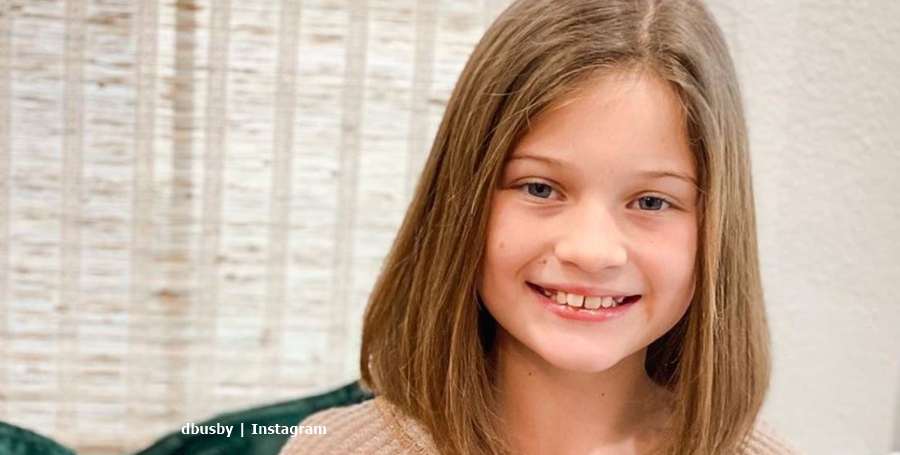 Netflix probably upset OutDaughtered star Blayke Busby a lot when they canceled her favorite show. No doubt,  a lot of people feel saddened. After all, when shows come on Netflix, fans just really get into them and look forward to the next season. Then, they cancel the show. In fact, it looks like three to a maximum of four seasons becomes the norm these days.

We reported in late October, that OutDaughtered fans found out which show Blayke loves the most. And, it’s not the Bubsy family’s own show on TLC. In fact, she enjoys streaming Netflix originals. The reveal came on Adam Busby’s vlog. Titled Back To School Q&A, they asked the quints and Blayke questions and then compared the answers from the year before.

Well, when Adam asked Blayke, their Amazon Alexa chimed in which brought fans a funny moment. But then, on a second try, the OutDaughtered sister revealed that her favorite show’s on Netflix. Called Alexa & Katie, it ran for three seasons. But with Season 3 split into two parts, fans of the show actually saw four seasons. However, it came to an end, and no doubt, Blayke Busby misses it a lot.

Distractify reminds readers that Alexa & Katie seemed very popular. So, it makes fans wonder why they pulled the show. It seems inexplicable as it not only got an award nomination, but it also sat in the Top 10 on the network.  The lighthearted show seemed very funny, except for the fact that Alexa actually ended up battling cancer. The whole story revolved around a bunch of friends navigating high school together.

The right age group to enjoy the sort of antics that teens get up to, it’s no wonder that OutDaughtered star Blayke Busby enjoyed it so much.  The outlet noted several reasons why Netflix might have canceled the show. After all, it brought “39 episodes of Alexa & Katie, where many Netflix originals only see three seasons of 30 episodes.” So, fans actually saw more than most series these days.

Characters on Netflix go their own ways

Keeping a series going might not “add value.” Bear in mind as well, that the longer the series runs, the more money the cast earns. And, in the case of Alexa & Katie, the kids are growing up and going their own ways anyway. One day, Blayke Busby of OutDaughtered will also go her own way as she contemplates college.

Netflix regularly brings new content though, so maybe Blayke Busby and other fans of the canceled show soon find something they can watch and enjoy. What did you think of the show? Will you miss it, or, like Alexa & Katie, are you also ready to move on to something new? Sound off in the comments below.

Paris Hilton Joining ‘RHOBH’ Would Be ‘Hunky Dory’ With Fans, But Will She? Kathy Spills All
‘Life After Lockup’ Reveals 3 Explosive New Couples
Isabel Roloff Shares Adorable Snap Of Her Finding Out She Was Pregnant
HGTV’s ‘Cheap Old Houses’: Release Date, How To Watch, Plot, Spoilers
‘Sister Wives’: How Much Do Fans Know About Ysabel Brown’s Scoliosis & Her Surgery?