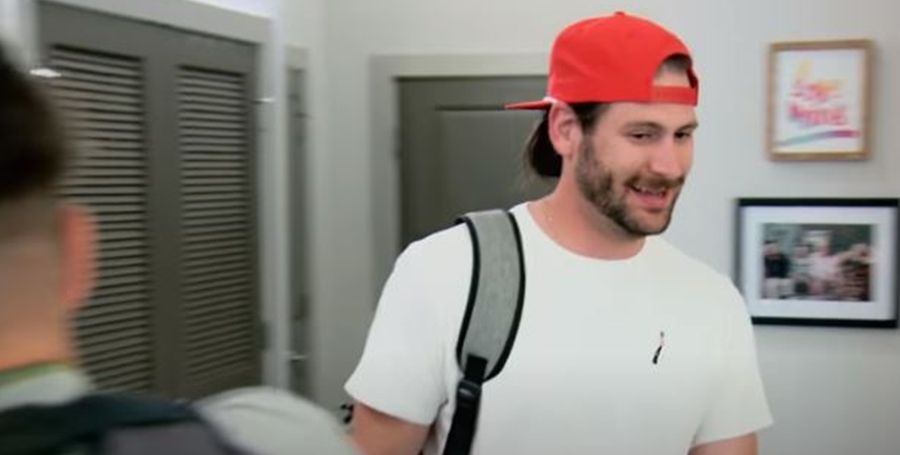 MBFFL fans see the split between Chase Severino and Whitney Way Thore play out on TLC. Fans know that Chase got another woman pregnant while he and Whitney were still engaged. It all went down during the coronavirus quarantine period. Later, Chase celebrated the arrival of baby Aurora. Now he celebrates her turning three-months-old.

When My Big Fat Fabulous Life star Whitney Way Thore broke the news about Chase expecting a baby, she seemed devastated. But we reported that perhaps she made the wrong call about moving. If she went to Wilmington, perhaps Chase would never have cheated on her. That doesn’t make it right that he cheated on her. But, it’s a factor that fans weigh in on. That, and the fact that Whitney always seemed stubborn and not inclined to compromise.

Recall the lovely card that Whitney found in his home in a recent episode of MBFFL? He invited her to live in Wilmington. And, she got all upset about it as she wanted him to give up his life and move to Charlotte. Bear in mind, Chase Severino tried building his life in Wilmington and ran a bar there. Whatever the reason or whoever caused the issues can’t ignore the fact Chase is a dad now.

On Sunday, December 6, Chase shared a photo on his Instagram. He stood there holding Aurora at the Public Access 3 for Wrightsville Beach. His caption read, “We had two big 3 days this weekend! Piper turned three years old on the 5th and Aurora turned 3 months old on the 6th! #3fordale🏁 #bowsquad🎀 #three #tbonesteak #beachlife #beachbaby.” Don’t get confused, Piper’s actually his fur baby.

MBFFL fans know that Aurora is his daughter by Sara Jackson. Screen Rant noted that Sarah seems very private on social media. Notably, Chase Severino didn’t show her in his photo of Aurora on her three-month milestone. The outlet explained that they discovered a little bit about Chase’s baby momma. “Her parents are Tim and Sheila Jackson of North Carolina.” Plus, she also lives there.

How many beaches to go before Chase runs out of settings?

In his latest post, at three-months-old, Chase posed with Aurora next to the sign for 3 Access beach. At two months, he posted a similar photo at Access 2 Beach. And again at one-month-old. The Town of Wrightsville Beach in North Carolina notes that it has “44 designated public access points. Each access has a designated number.” So, TLC fans could see more photos of them celebrating Aurora’s milestones. In fact, he could go there for a photo-op every month for more than three years.