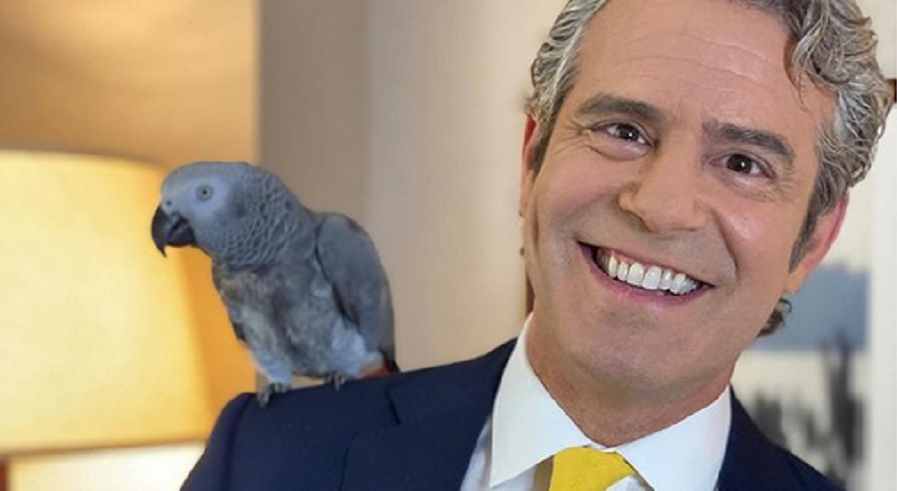 Andy Cohen spoke out about Jax Taylor and Brittany Cartwright’s exits. On Friday, December 4, the couple announced that they will not return for Season 9 of Vanderpump Rules. However, it’s unclear whether they quit or were fired. Variety claims that Bravo fired the duo.

Brittany and Jax claimed it was “difficult to share” the pair’s respective exits from the show. The Michigan native also teased their possible return to reality television. Fans are wondering if a spin-off series is in the works. Since then, Andy shared their thoughts on their Pump Rules exit.

He thinks they had “an incredible run.”

The 52-year-old Bravo executive spoke on the Monday, December 7 episode of his SiriusXM Radio Andy show. Andy Cohen had plenty of kind words to say about Jax Taylor and Brittany Cartwright. He thinks they create a lot of (good) drama. Also, Andy called Jax “one of the biggest reality stars” of all time.

“I gotta talk about Jax and Brittany. I just have to say, I have to give up to them,” Andy Cohen said during his radio show. “Have you seen a run on a – specifically Jax – like, Jax created so much story, drama, conversation in his eight-year on that show. That’s quite a run that he had.”

Then, Andy claims that Jax is “one of the biggest reality stars in their moment.” According to him, the couple had “an incredible run.” Despite the drama that Jax caused, the Bravo star always remained professional on his talk show, Watch What Happens Live With Andy Cohen.

“One thing that I always, always appreciated about Jax is, man, every time he came to Watch What Happens Live, he was always in the middle of some s*** storm on the show and we just would roast him mercilessly,” Andy explained. “And he always took it like a man. He was a good sport.”

The 41-year-old would ask Andy, “How mean are you going to be to me today?” That’s when Andy would warn Jax about it. He revealed that there were some things that they would confront the television personality about but he took it well.

Jax Taylor and Brittany Cartwright are just the latest to get the boot. Their reported firing comes amid Bravo firing Stassi Schroeder and Kristen Doute from the show in June for their past racially insensitive actions. Former co-star Faith Stowers talked about her time on the show. She also revealed that Kristen and Stassi accused her of a crime she did not commit in 2018.

Also, Brett Caprioni and Max Boyens lost their gigs due to their past racist social media posts. Jax also accused Faith of committing a crime in a 2017 tweet. But he was not let go at the time. Despite the Vanderpump Rules cast shakeup, Andy claims that there is still a “solid cast.”

“When that show’s going to start shooting again, I have no idea, but I’m excited, “Andy said. “I’m excited for there to be a shift.”

What are your thoughts on what Andy said. Do you think Jax is one of the best reality stars of our time? Sound off below.

Vanderpump Rules Season 9 is currently on halt due to the coronavirus pandemic.