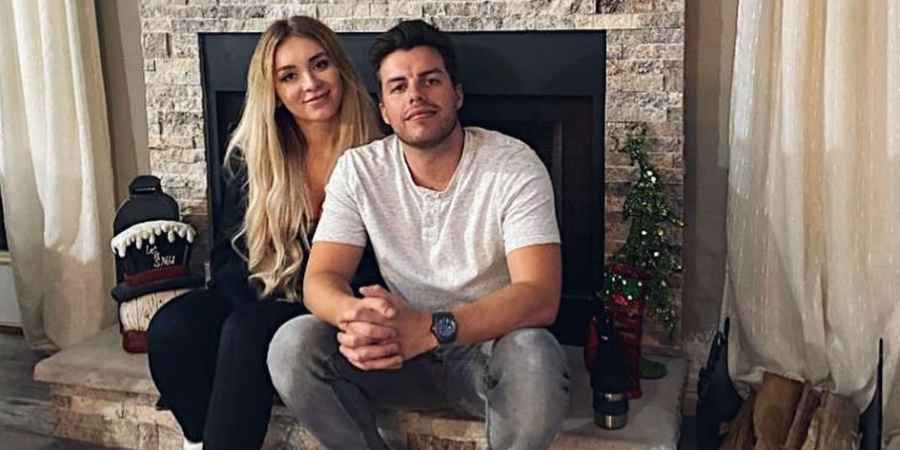 Season 8 of 90 Day Fiance only debuted on Sunday, November 6, but already problems are looming. This is especially the case for Jovi Dufren and Yara Zaya, who are already waving red flags. Yara is moving from Ukraine to be with Jovi in New Orleans, but it doesn’t look like their relationship will be easy sailing.

Jovi and Zara on 90 Day Fiance

At the start of their relationship, Yara became pregnant and with the stress of moving from Ukraine, she suffered a miscarriage. This is a difficult situation for anyone, but when there are thousands of miles to travel, it is harder.

Jovi was introduced by TLC as a free-wheeling bachelor with a serious travel bug. The New Orleans native has been spending the last decade working in the oil industry. This well-paid job funds his globetrotting vacations during his off months.

Jovi actually met Yara through a travel app, but doesn’t feel like someone who wants to settle down. In fact, he has already admitted he is not sure he is ready to commit to Yara, even before she arrived in the US. This means that red flags were already flapping way back then.

What do all of these couples have in common? They're taking a chance for love!💘 Tune in to a BRAND NEW SEASON of #90DayFiance, Sunday at 8/7c. pic.twitter.com/k0gcuYjhdy

Jovi won’t be around much during the 90 days

On top of Jovi’s uncertainty over settling down, there is another major problem. It turns out he won’t be around for much of the 90 days needed for the K-1 visa. As seen in the premiere episode of 90 Day Fiance Season 8, Jovi will spend two weeks with Yara before heading off to work for a month.

It is hard enough for Yara to settle down in a strange country, but to be alone all that time will really try the relationship. Once back from work, he will only have around two weeks in which to marry his Ukrainian beauty before she has to return to Kiev and he goes back to work.

Their relationship is similar to that of Tania Maduro and Syngin Colchester. Most 90 Day Fiance fans have seen what that pair has been through. During their interviews both Tania and Syngin weren’t sure if they could survive as a couple. However, luckily for them, they are still together. In fact, they seem to be doing fine, with Tania helping Syngin to get his green card.

Can Jovi and Yara’s relationship survive being apart so much when she is living in a strange land? This is hard to tell at this stage, but they certainly haven’t had a good start.

Probably the most shocking scene in the premiere of Season 8 of 90 Day Fiance happened after Jovi met Yara from her 30-hour flight. He almost immediately told her they must rush back to the hotel, so she could get ready to party in New Orleans. As anyone can understand, after such a long flight, Yara told Jovi she was tired. All she wanted to do was go to the hotel and sleep off the jetlag.

Fans will have to wait until next Sunday’s episode so see how this conversation panned out. Catch the next episode of 90 Day Fiance Season 8 on TLC on Sunday at 8 pm ET.