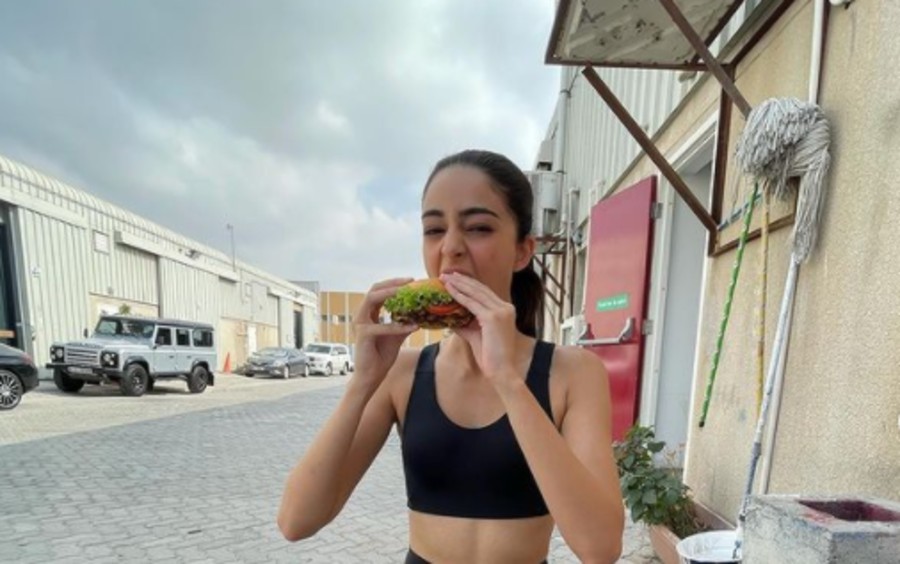 Twitter has been non-stop posting about Fabulous Lives of Bollywood Wives which features Ananya Panday and her family, among others. While some have criticized it as a poor man’s Keeping up with the Kardashians, those on Twitter think she directly copied Khloe.

While watching an episode of the show Twitter found a scene they think Ananya allegedly took from Khloe Kardashian.  In the first episode, Ananya is getting her makeup done for a photo shoot. She discussed with Bhavana how much swearing she heard as a child.

Ananya Panday is speaking to her mother, Bhavana Pandey, and says that her mother used to swear so much she thought her name was an expletive for a long time.

She said, “I have grown up around you and papa abusing. When I was young, I thought my name was **** because you all used to say it.”  Bhavana protests she and her husband swore that much.

Fans who also watched Keeping up with the Kardashians remembered Khloe Kardashian saying the exact same thing on an episode of her show.  Ananya’s line used the same expletive as Khloe had. 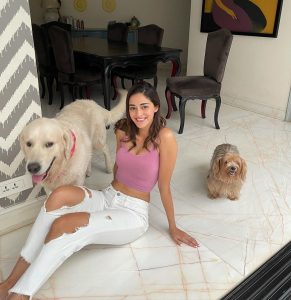 Twitter rarely misses an opportunity to make fun of someone. Ananya Pandey doesn’t get featured on the show that often. According to Hindustan Times, one user brought up Ananya’s comments about her struggles at an actor’s roundtable. At an actor’s round-table the topic was kids of stars being able to get roles easily.

Ananya said she didn’t shy away from the fact she is Chunky Pandey’s daughter, according to Koimoi . She said, “my dad has never been in a Dharma film. He never went on Koffee With Karan.” She went on to say it wasn’t that easy, everyone has their own struggle.” Twitter said they couldn’t believe not being on a chat show was something she considered a struggle. That Twitter user said, “can’t believe Khloe Kardashian copied her struggles from Ananya Pandey.”

Twitter couldn’t help but go after Ananya Panday copying KUWTK. One user said, “this show is a wannabe poor man’s Kardashians show. They all are so obsessed with Kardashian clan that Ananya even stole Khloe’s statement…. tried to pass it as “original. “Another said, “Ananya’s dialogue was a sasta version of the dialogue from Keeping up with the Kardashians. The tweets are enough to tell that Bollywood will forever remain a piece of ****.”

You can stream Season 1 of Fabulous Lives of Bollywood Wives on Netflix. The reality show is top ten in India for another week. Do you think Ananya copied Khloe on the show, or it was just a weird coincidence? Sound off in the comments below.