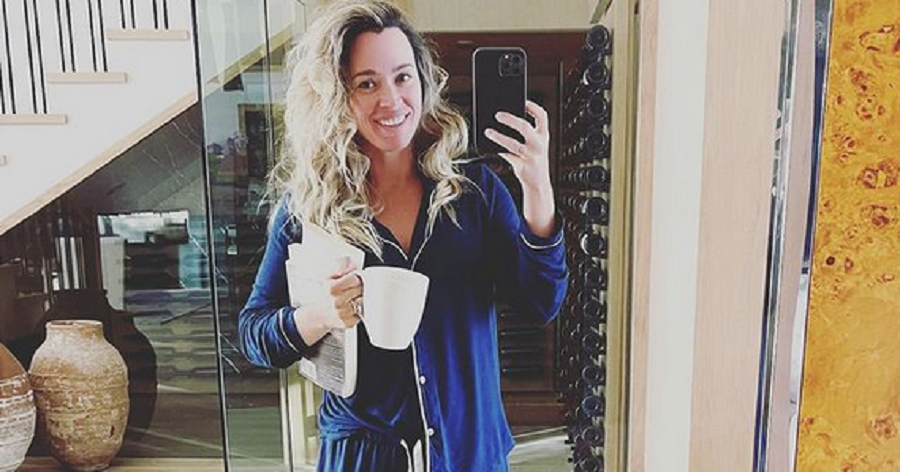 Finally, Teddi Mellencamp responded to Jillian Michaels. Several weeks ago, the Biggest Loser alum called out the RHOBH star for her All in By Teddi programs. She claimed that Teddi and other celebrity personal trainers should stay in their lanes. Jillian thought they didn’t possess the certification or education needed to coach clients.

Now, Teddi is addressing Jillian. Furthermore, she even informed her about her credentials. Days ago, the former Bravo star extended an invite to Jillian on the latest episode of her podcast. This comes amid the reports of a potential feud between the two fitness fanatics.

The ladies hashed things out and set their differences aside.

Teddi Mellencamp claims she has the credentials to back it up

On Friday, December 5, Teddi Mellencamp spoke out about the former Biggest Loser trainer. She addressed the rumored feud between them on her episode of Teddi Tea Pod. This comes several weeks after Jillian Michaels told the former RHOBH star to “stay in her lane” after learning about her accountability business on another podcast.

“After I read the sixth press article, I’m like, ‘I need to go listen to what she actually said’, and you didn’t say anything bad,” Teddi admitted to Jillian on December 4.

“I was like, ‘I don’t know anything about the program,'” Jillian responded.

The personal trainer said she was told by the hosts of the #ADULTING podcast that Teddi possessed no certifications and no credentials for her programs.

“I was extremely clear that I knew nothing about the program and had nothing to bash,” Jillian explained. “I was just told, by these two kids, that you were catching a rash of s*** and that’s when I was like, ‘Well, okay, does she have the ability to back this up?'”

“You and I have the same certification,” Teddi said. “People don’t do their research. They just want clickbait and they want people to feel on edge with other people.”

During the podcast, Jillian asked Teddi Mellencamp if she’s “catching a rash of s***” for her accountability programs. The television personality explained to Jillian what she went through just months ago. Teddi called out the infamous celebrity blogger on Instagram who received messages from her former clients. That led to the backlash with All In by Teddi.

“A couple of months ago, there’s a website and it’s called Deux Moi,” Teddi explained. “They put gossip about different people and they had posted something from one of my former clients, that was a client in 2016, that sent these messages about me.”

At that time, former clients accused Teddi of promoting a “scam” and a “starvation diet.” However, she revealed to Jillian that the former client was once an RHOBH super-fan. Jillian didn’t understand why people would take the time to come for Teddi. Furthermore, the reality star claims her website states what her business is about.

“On our website, it says, ‘Not everybody is a certified coach.’ All the information is completely laid out there,” Teddi said. In fact, “But every single one of my coaches went through the program and changed their life through it.”

Jillian wanted to know if the co-creators of the programs possessed the “necessary credentials” to “certify your coaches?” Teddi claims she created the programs herself and possess those credentials. Moreover, she worked with several nutritionists and asked for their input.

“When I first started my business, I didn’t have the certifications,” she continued. “I just did it off life experience [but] as I started doing it, I realized, ‘These are things I want to learn.’ I had nutritionists look at the program to make sure it’s right.”

As for Jillian, she continued to ask several questions about Teddi’s program. Therefore, she wanted to know if her coaches just guide “people through the steps.” Teddi compared her program to “Jenny Craig or Weight Watchers.” As for their feud, it doesn’t look like there’s any bad blood between them.

Tayshia Adams Gives Her Pick For Next ‘Bachelorette’
‘Love After Lockup’: Shawn Filming With New Girlfriend?
What Does Reality Steve Think ABC Should Do About Chris Harrison?
‘Sister Wives’ Spoilers: Kody Brown Wants Another Baby, Does Robyn?
‘DC’s Legends of Tomorrow’ Moving to Sunday Nights for Season 6