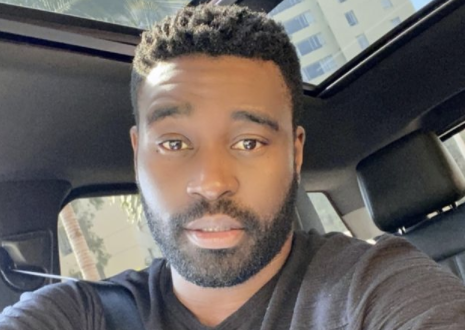 Selling Sunset star and Dancing With The Stars Season 29 contestant Chrishell Stause publically announced that she is off the market. She recently said she would like to be on The Bachelorette, but it seems like that’s no longer necessary. Chrishell actually fell for one of her Dancing With The Stars castmates, and it wasn’t who everyone thought it would be. She and Gleb Savchenko are just friends, despite rumors. In reality, Chrishell is dating Keo Motsepe, a pro dancer from South Africa.

Keo didn’t get a ton of air time on Dancing With The Stars this year. He and his celebrity partner Anne Heche were only the third couple to be eliminated from the competition. But perhaps you remember their Hercules routine on Disney night?

But apparently, a romance sparked between Keo and Chrishell during their time on the show.

“Chrishell and Keo have been seeing each other for a couple of weeks now, and haven’t been shy about showing PDA in front of the other Dancing with the Stars cast members,” an anonymous source told ET. “Everyone has been so supportive of their relationship. Things have been heating up and they’re very into each other.”

ET recently looked into Keo Motsepe and listed some things you might not know about him.

Like many of the other pro dancers on the show, Keo has been a competitive ballroom dancer. He’s been with Dancing With The Stars for nine seasons, but he hasn’t won a Mirrorball Trophy yet. He did make it to the finale one year when he was partnered with Harry Potter star Evanna Lynch.

Keo Motsepe may not have taken home the first place title, but he actually has an important title of his own. Back in South Africa, he’s actually a prince.

“I am a prince, yes sir, from my dad’s side,” Keo said in an interview with NPR once. “My grandpa was a prince of a province back in South Africa. My dad declined the position and gave it to my uncle, his younger brother. But because I’m my dad’s only son, I became a prince.”

So if things work out with Chrishell Stause, she could potentially become a princess.

Keo’s true passion is dance, but he has a variety of other hobbies too. He likes to cook, travel, act, and even binge watch Netflix from time to time. He even admitted to being a Selling Sunset fan in the past. Could that be where he developed his crush on Chrishell?

So what do you think of this adorable new couple? Will they stand the test of time, or are they just having fun? We want to know what you think. Leave your opinions in the comments.