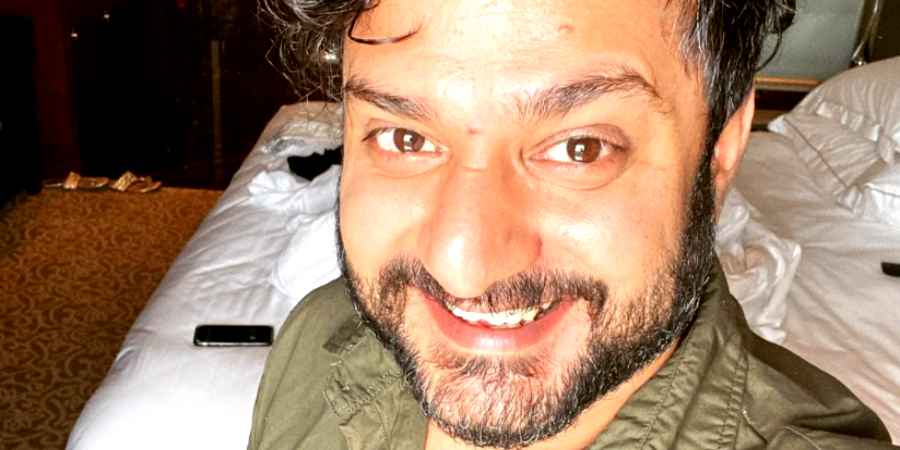 90 Day Fiance: The Other Way stars Sumit Singh and Jenny Slatten are an odd pair. With their huge age gap, many fans find it hard to believe they are truly in love. There is also the fact that Sumit initially catfished Jenny into a relationship. Now, you have to give 90 Day Fiance fans credit for their imagination and photoshop skills. One posted a hilarious catfish-related meme that has since gone viral.

Fans will remember that Jenny and Sumit originally met online in 2012. At that stage, however, Sumit was posing as a man called Michael Jones. He used a stock image that looked nothing like him. Sumit told Jenny he was a 25-year-old handsome guy, based in London. Meanwhile, back at the ranch, he was an Indian man living in Delhi.

Jenny’s family was concerned about her relationship with the stranger. She even admitted to her daughter, Christina, that Sumit had used stock photos and a fake identity when they first started chatting. Most viewers would consider this catfish story a huge red flag. However, Jenny, 62, took it differently. She said their “relationship had an unconventional beginning.” While Jenny was initially upset over Sumit’s catfish efforts, she soon forgave him, as she was deeply in love with Sumit.

One 90 Day Fiance fan account titled @90daysofmmmmm, is dedicated to making funny memes of cast members. This talented fan photoshopped Sumit’s head onto a man. They had him standing in front of a creased curtain, printed with an image of a mansion. The fan captioned the IG post with the words, “Why you always lyiiiiin.”

While they regularly make similar posts, this one truly took off on social media. One fan wrote, “Michael Jones in all his glory!” Another 90 Day Fiance viewer quipped, “Okay Jenny, I’m not the guy in the pictures, but check my sweet ass mansion.” Yet another commented, writing, “Sumit School of Catfishing.” They also complemented the artist saying, “It looks so real, nice job on photoshopping.”

Due to the initial catfishing, many fans think he is a scammer. They were also mad at Sumit for not telling Jenny he was married. However, others are claiming that Jenny scammed Sumit’s parents as well. This referred to Slatten’s first visit to India, where she stayed with his parents for four months. While they were pretending to be “just friends,” his parents spotted her sneaking into Sumit’s room. Recent troubles in their relationship include Sumit’s mother, Sahna, threatening suicide if they marry.

However, while their 90 Day Fiance story started with a lie, they do seem to be truly in love. Meanwhile, at the end of the season, Jenny’s visa was about to expire. Fans are now waiting for the Tell-All episode to find out if Jenny did manage to stay with Sumit in India.

In the meantime, fans can meet a bunch of new 90 Day Fiance cast members in Season 8, airing on Sundays at 8 pm ET on TLC.