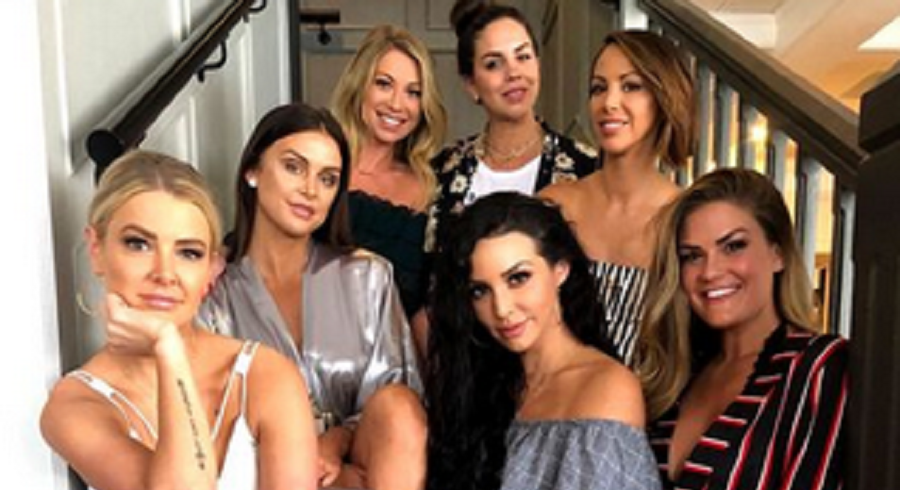 Vanderpump Rules fans were in for a shock when Jax Taylor and Brittany Cartwright announced their respective exits from the show. On Friday, December 4, the couple took to their Instagram pages to announce they will no longer be part of the Bravo series. Both current and former co-stars of the show have since reacted to their firings.

Jax Taylor and Brittany Cartwright revealed their difficult decision to leave the reality series. Just one day after, Variety reported that Bravo had fired Jax Taylor. The network had intentions of giving them the pink slip in June. But Brittany was dealing with her mom’s health struggles. At the time, Bravo fired Stassi Schroeder and Kristen Doute from Vanderpump Rules for their racially insensitive remarks.

Brittany and Jax shared similar statements on their Instagram accounts. Bravo confirmed the news as well. The couple got plenty of love from their long-time co-stars.

“Love you guys so much,” Tom Schwartz wrote, who has been on the series since its first season in 2013.

Even Stassi Schroeder and Kristen Doute showed their support.

“Love you,” Stassi wrote while Kristen added, “I AM SO HAPPY I LOVE YOU GUYS.”

Jax and Brittany are OUT! 2020 keeps getting better and better! #pumprules pic.twitter.com/usWiMdaAOx

Bravo continues its ongoing firings. Newbies Max Boyens and Brett Caprioni were also let go in June after their racist tweets resurfaced. Jax was the breakout star of the series and one of the original cast members. Brittany joined during the fourth season. Their tumultuous relationship was chronicled on the show, leading up to their wedding during the eighth season.

Will there be a Vanderpump Rules spinoff series?

Rumors are swirling that the show is dead on arrival. Vanderpump Rules Season 9 is currently on a halt due to the coronavirus pandemic. In the meantime, cancelation and spinoff rumors continue to make the rounds. Even Jax teased about his possible return to TV on Instagram. He and Brittany are expecting their first child together.

“I just couldn’t see doing this same type of show with a child,” Jax wrote in the comments section. “My marriage and my family are more important. I am excited now to be a fan.”

Since Brittany, Stassi, and Vanderpump Rules co-stars Lala Kent and Scheana Shay are all pregnant, some wonder if there will be a new show in the works.

“Okay soooo not Vanderpump Rules but how about a spin off… Vanderpump Babies,” a fan commented. Another fan chimed in: “Tell me there is a spin off vanderpump babies or something.”

But Bravo hasn’t confirmed this news either. As for Lisa Vanderpump, she has yet to publicly comment on this latest development.

Former Vanderpump Rules co-stars Billie Lee previously Bravo to cut ties with Jax. She alleged that he “refused to film with me because I was trans and called him out on his white cis privilege.”

This came amid the Bravo firings over the summer. Billie and other fans demanded the network to remove Jax from the show. Following the news, Billie wrote “thank you” to Bravo on Twitter.

New cast member Charli Burnett tweeted: “I guess I do know my role, and it’s employed.”

I guess I do know my role, and it’s employed. 😉

Her tweet received over 2,000 likes and over 100 comments. Vanderpump Rules fans even remember the time she called Jax an “old man” at the Season 8 reunion. She accused him of being a “bully” who went “on a rampage” about her on social media. Charli held her ground as most of the original cast members attacked her.

What are your thoughts on Jax’s firing? Sound off below.