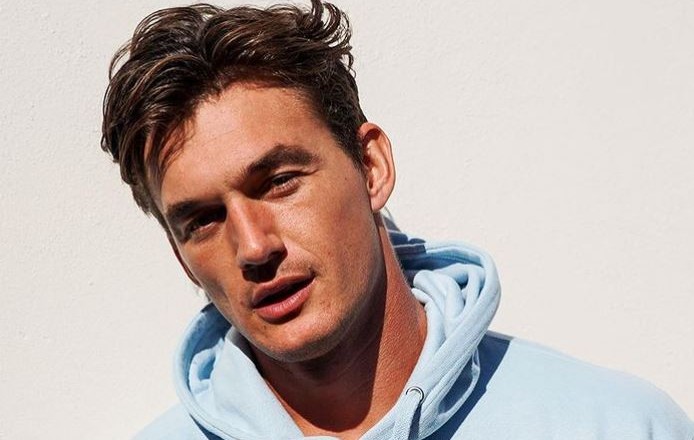 The Bachelorette alum Tyler Cameron has won many hearts over the past year. He first appeared on Hannah Brown’s season and since has become a fan favorite. And, Tyler remains single even though he’s prone to multiple rumors about potential mates. Now, he’s making another business move that will no doubt prove to be successful for him. Tyler just launched a new merchandise line that features himself and even The Bachelor, Matt James.

People shared all the details about Tyler’s new merchandise. He went to Instagram to share a photo of himself about to eat a giant pizza. And, he’s shirtless. He said, “New merch is out now!! Get all of your holiday shopping done now! Go click the link in my bio to check out the store. Comment who you’re buying for!!”

The shirtless theme graces many pieces of merchandise he has. Tyler has everything from phone cases to mugs to hoodies. In one photo, Tyler stands nude with only a pie covering his special area. Matt James is in this photo. However, Matt is wearing shorts and actually about to eat some food. 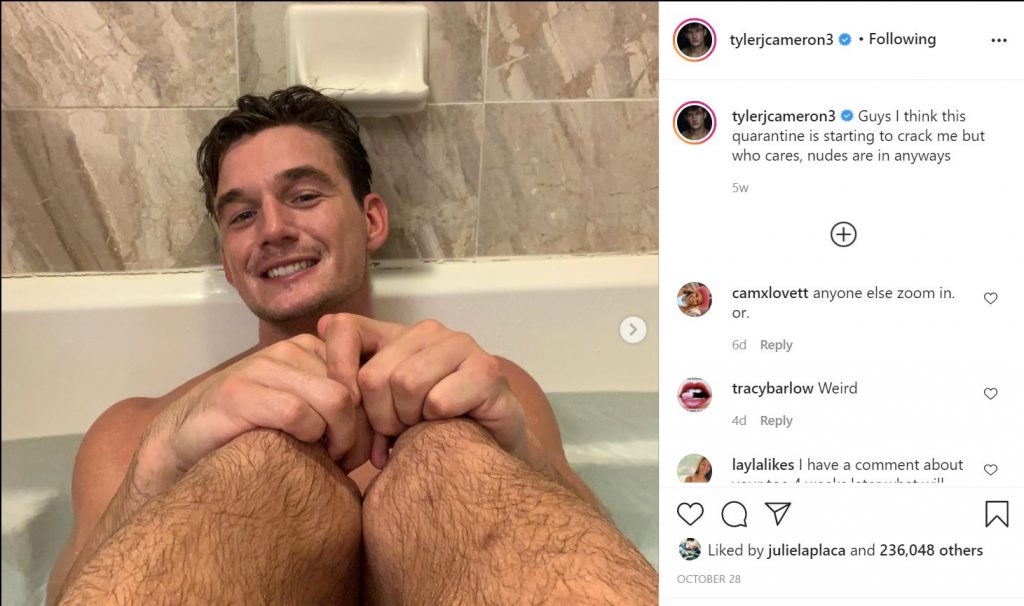 He stays in the news

Matt James just finished filming his season of The Bachelor. And, being his roommate and best friend, Tyler indicated a few weeks back that he had seen Matt. Tyler saying this and also by fans figuring out he was at the Nemacolin Woodland Resort in Pennsylvania, it’s being assumed he will make an appearance on Matt’s season.

He said, “I saw him recently. No spoilers!” He went on to say, “We are going to get a full dose of Matt. He’s gonna have fun, he’s gonna be very vulnerable, he’s gonna open himself up.”

As for Tyler’s dating situation, fans had hoped he would rekindle things with Hannah Brown. That didn’t happen and they both say they are simply working on their friendship.

Recently, Tyler is linked to not one but two models. Elizabeth Turner was the first one. And, now rumors were flying he may be dating Ireland Borba.

And, sources say nothing is serious with either of these women. Tyler is keeping it casual and does not want a serious relationship.

However, should he decide to pursue Ireland, they both reportedly live rather close to one another in Florida.

Stay tuned for more updates and don’t forget to grab your favorite Tyler pose on his new merch!