Tensions have been mounting between Noah Erb and Bennett Jordan on The Bachelorette. Come Tuesday, it will all come to a dramatic end. Fans saw last week when Tayshia Adams said she wanted to see Bennett and Noah before the cocktail party and rose ceremony. This is basically turning into an impromptu 2-on-1 date. So, what will happen? Who will stay and who will go? Warning! Spoilers Ahead!

What will happen between Noah and Bennett?

Let’s recap for a second. Bennett brought Noah a gift. Inside the nicely wrapped box was three things. A pair of socks that belong to Bennett. They have mustaches on them and he told Noah they have been washed. He said it’s the only place one should see a mustache. Noah wore the socks on Instagram this week.

Noah graciously sits and takes it as Bennett dishes insults his way. Of course, he says that is not his intention and he is truly hoping to help “young Noah.”

In the end, Tayshia shows up to have a serious conversation between the two. She finally asks what’s in the box. Nobody says anything and the show is continued until this coming Tuesday. So, what will happen on The Bachelorette this week between Noah and Bennett? 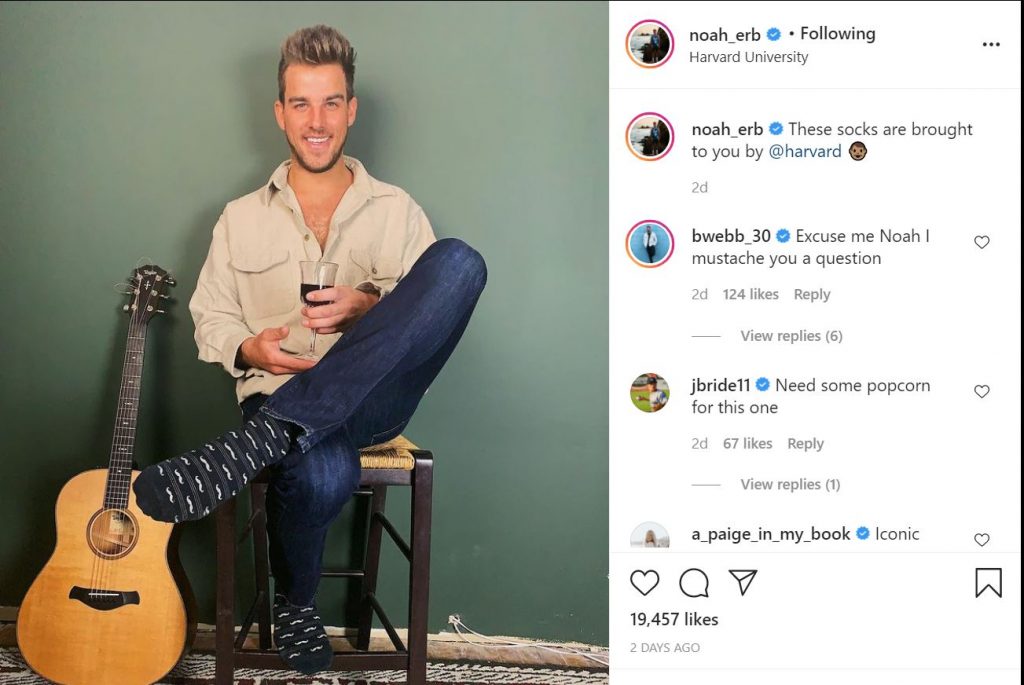 Reality Steve spills the tea on the high school drama

Reality Steve went to his blog to share who stays and who goes. First of all, Steve says it’s quite obvious production must of gotten in Bennett’s head. Because, Steve can’t understand why a man going on a 2-on-1 date would bring the other guy a gift in an attempt to talk down to him.

Steve also says it’s quite clear how highly Bennett thinks of himself. Let’s remember that while Bennett went to Harvard, Noah also has a degree in order to be a Registered Nurse. Both, are educated individuals.

So, Tayshia comes and gets to the bottom of the drama between these two men. Did Noah really even deserve how Bennett has been treating him? Actually no. All he did was fight for the woman he’s there to date.

In the end, Tayshia makes her decision. She sends Bennett home and Noah gets the rose. So, now one must wonder, will fans see Bennett on Paradise next summer? Time will tell.