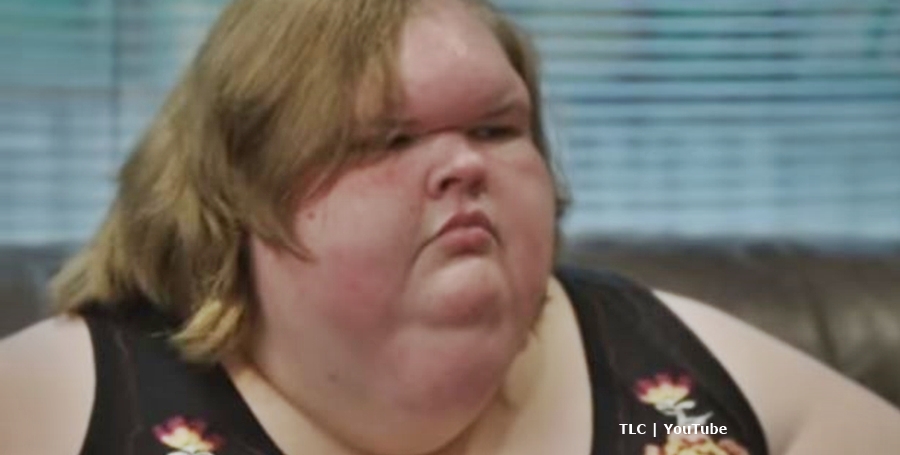 Tammy Slaton fans begged the sisters to let them know when they could expect them back on TLC. Tammy and her sister Amy ended 1000-LB Sisters Season 1 on TLC in early February this year. Actually, the show left room for a second season. But, Tammy said that they definitely would not return. Was she wrong? People still watch the first season and the girls seem as popular as ever.

We reported on June 13, that Tammy told a fan who asked her on Twitter, “No, sorry. We’re not doing another season.” But, we also noted that some fans thought the show might come back. And, some of them intimated that they thought Tammy just sulked a bit as Amy went and got her surgery and she didn’t. And, we were not the only outlet that saw the post by Tammy. Heavy.com also reported on it.

Recall, right toward the end of Season 1 Tammy Slaton, who seemed less serious about losing weight, didn’t do as well as her sister Amy. So, she got held back for weight loss surgery. In fact, she cried and made everyone miserable on what should have been a joyous day for Amy. However, we noted a lot of new storylines for 1000-LB Sisters existed for a second season on TLC.

New adverts for the show appeared and the show comes in January next year. So, yes, Tammy either got it totally wrong, or she just felt miserable and didn’t want to commit to it at the time. But now a second season comes, perhaps Amy reached the weight Dr. Proctor wanted. He told her that if she lost more weight, then he’d “talk with her about tummy surgery.”

Of course, when the show comes, it might cover the two women during the quarantine. Other TLC shows filmed remotely and continued on, after all. However, both sisters went quiet for a long time. And, Tammy Slaton, who regularly posts on YouTube, also ceased for weeks on end. But, we reported that when she returned she explained her absence. High risk, she fell ill with COVID-19. She spent nearly three weeks in the hospital. Fortunately, she told her fans that she recovered and expected to go home. Perhaps fans see something of that on Season 2 of 1000-LB Sisters.

Tammy and Amy already garnered loads of fans on YouTube, long before they appeared on TLC. The funny and amusing sisters held food-eating competitions. And, as they jointly weighed as much as a car, that accounted for some of their weight. However, by the end of the show, Tammy even became more mobile. And, she progressed to walking with the aid of a walker.

We predicted another season of 1000-LB Sisters despite Tammy Slaton denying it. After all, they still have much to tell. Potentially, it might reveal Amy progressing after her surgery. And, fans might see Tammy become motivated by Amy enough to reach her ideal weight for surgery.

Viewers Are Here For ‘Thicc B*tch’ Corey Of ‘Too Large’
Chris Harrison Will NOT Be Returning To ‘Bachelor’ Franchise
Netflix‘s ‘Trippin’ With The Kandasamys’: Release Date, Trailer, & Cast
‘Outer Banks’ Season 2: When Is It Coming To Netflix?
Jeremiah Duggar Reportedly Spotted With Rumored GF & No Chaperone