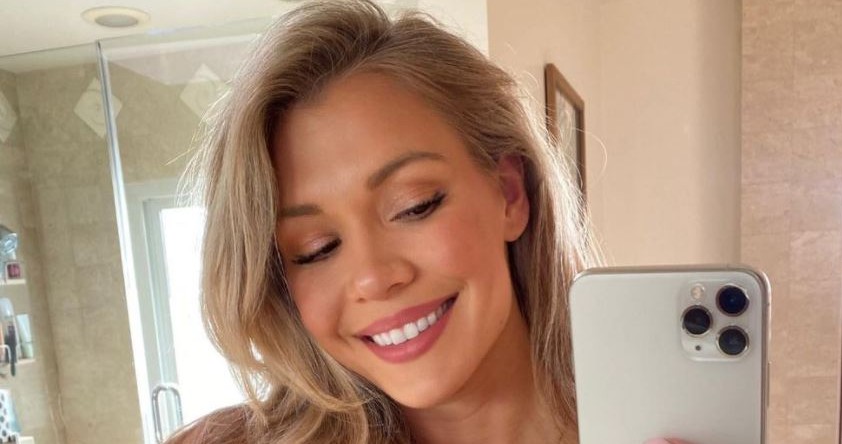 Bachelor in Paradise alum Krystal Nielson shared details on how her ex-husband reacted to the news of her pregnancy. Chris Randone married Krystal in June of 2019 after falling in love the previous summer on the beaches of Mexico. Fans loved them and hoped they could make it work. Unfortunately, Chris and Krystal separated in February 2020. She announced they were divorcing in August. The following month she went Instagram official with Miles Bowles. Then in November, they announced her pregnancy.

Krystal Nielson shares what Chris said when he heard the news

US Weekly shared what Krystal said happened when Chris found out she was pregnant. First of all, Krystal says she thought about telling Chris prior to sharing the news with the world. In the end, she decided to just go with her gut feeling.

Krystal said, “We were dealing with some kind of legal stuff, like, really near to when we made the [pregnancy] announcement.” She continued, “I was planning on telling my ex but when the time came, I was like, ‘You know what? It just doesn’t feel right to message him right now,’ which surprised me, but I really wanted to go with intuitively how I was feeling with it.”

She went on to say it still turned out very well. Krystal said she did hear from Chris about her announcement. She said, He texted me and said he thinks I’m going to become a wonderful mother and he’s really, really happy for me and hopes that we can become friends and be there for each other.” Krystal continued, “So we are on really good terms.” 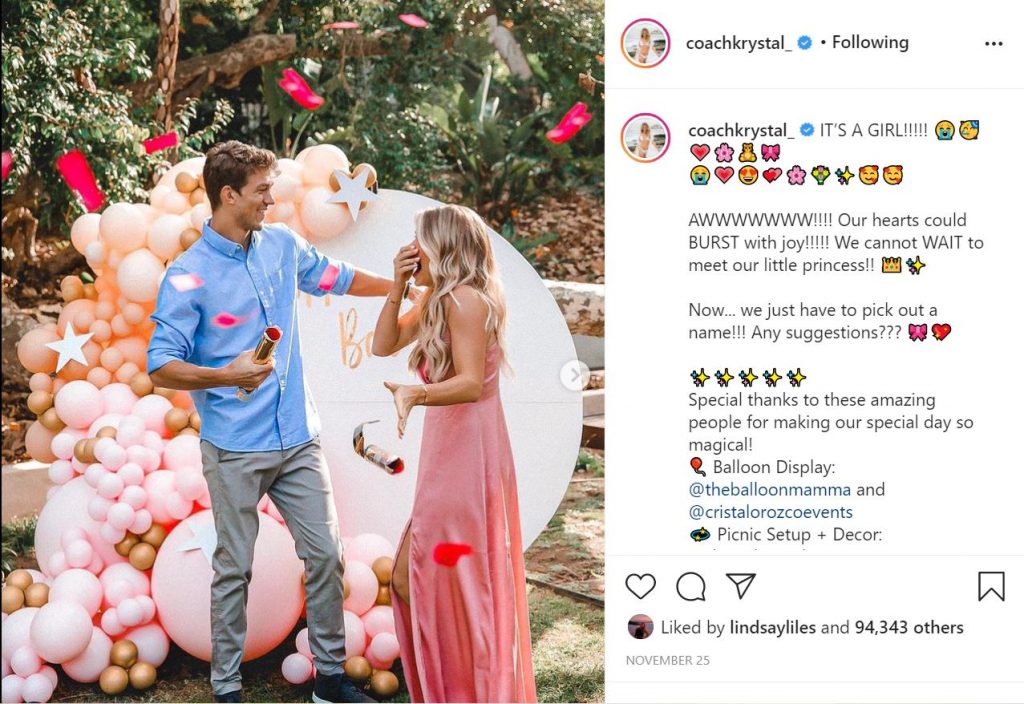 Finding out she was pregnant was scary

Krystal said she was nervous finding out about the baby. It caused her worry because legally she remained  married to Chris. She said, “It caused me a lot of anxiety and worry but ultimately, I just knew this was an incredible lesson for me to grow, to lean, to love and have faith in myself and Miles and my future and know that God gives us only what we can handle. This can be an incredible story that I’ll be able to share one day to inspire a lot of women in my position. That really kept me really strong and grounded and confident stepping into this role of motherhood and into my relationship with Miles. We’re so excited about the future.”

She went on to say that she and Miles discussed babies very early in their relationship. In fact, the couple talked about it on their third date. Then, just three months later they found out they were expecting. If she didn’t get pregnant then, they were planning on trying Christmas Eve. Krystal said they were tracking her cycles and knew she would be ovulating Christmas Eve. So, having a baby was their end goal, just maybe not as fast as it happened.

They are anxious to welcome their daughter in 2021.