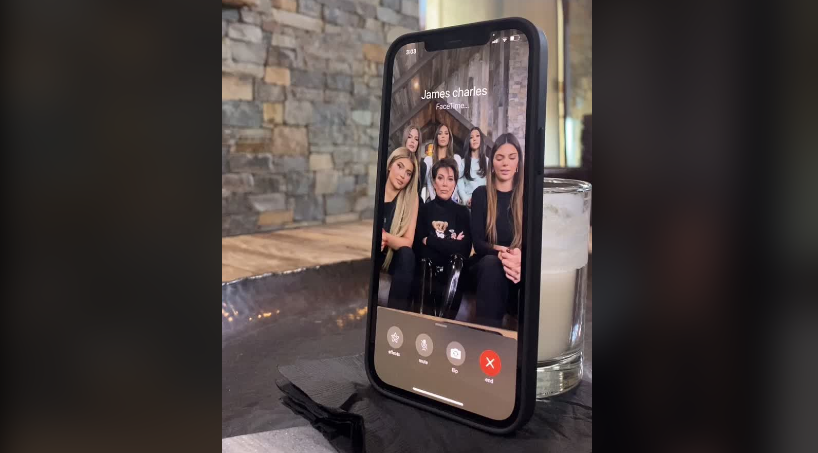 The Kardashian-Jenner clan played an  elaborate prank on their friends. It’s probably one of the most epic pranks ever. While it was simple, it also made an impact. On Wednesday, December 2, Khloe Kardashian posted a video montage on Instagram. She revealed what her and her family members have been doing lately.

Check out the viral prank

The Kardashian-Jenner clan are now pranksters. The Keeping Up With the Kardashians stars got into mischievous fun while vacationing together in Lake Tahoe. Their stern faces and stony appearances had most of their friends confused.

“Hey! What the …” Tristan Thompson said.

“Hey guys … this is …. what is happening?” asked Justin Bieber.

In the two-part video on Khloe and Kylie’s respective Instagram accounts, they continued to prank Dave Chappelle, Jaden Smith, Jennifer Lawrence, Luka Sabbat, and other family friends such as Fai Khadra, Savas, and Stassi Karanikolaou. Some of them took to their posts to comment.

“Lmfaoooo I was shook,” Hailey wrote.

Travis Scott, Kylie’s ex-boyfriend and father to her daughter Stormi, answered his phone in a state of shock.

Judging by the people’s reactions, no one answered expecting their intimidating appearance. Some of them looked concerned and asked if they were in trouble. Needless to say, none of the Kardashian-Jenner women received the reaction they were looking for. Khloe jokingly wrote in the caption: “When the squad is deep.” Kylie captioned her video on TikTok: “This was fun lol.”

On Thursday, Kourtney followed up with a “round 2” of the prank, which even more familiar faces. It’ll be interesting to see if the women will continue to pull this prank on even more people. Kim also shared two other videos on her Twitter page. She admitted that “this was fun.”

Kardashian-Jenner clan are currently under fire

The reality stars have come under fire for their dismissal of the public health regulations regarding the ongoing coronavirus pandemic. It all started when the Kardashian-Jenner clan attended Kim Kardashian’s 40th beach getaway. The KUWTK star acknowledged her privilege and claimed that everyone quarantined before the surprise trip.

Kendall even broke the rules by throwing a major birthday party around Halloween. She even asked her celebrity guests not to share anything on social media. But of course, that didn’t last for long and fans quickly found out. As for Kylie, she spent most of her time traveling amid the COVID-19 outbreak. Now, it looks like the family is traveling once again.

What are your thoughts on their prank? Sound off below.