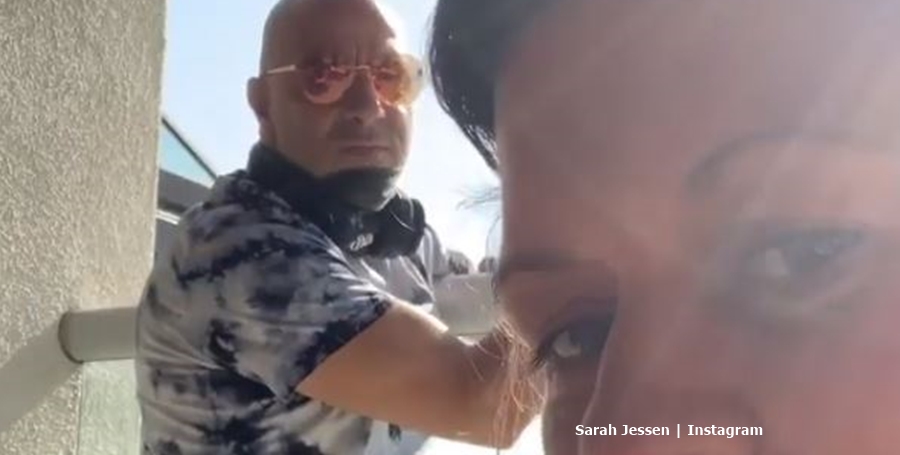 Sarah Jessen, the ex-wife of Michael Jessen on 90 Day Fiance, later married Sean Naso. The mom of Cece and Maxwell seems extremely happy with him. And, so do Michael and Juliana Custodio. In fact, so much so, that they all quarantined together. Now, Sean celebrated ten years drug-free.

Fans never saw Sean Naso on the 90 Day Fiance show. But, he’s a very big part of the lives of fan-favorites, Maxwell and Cece. Fans adore the maturity of the kids. And they admire also Sarah’s attitude towards Juliana. After all, she even helped Juliana pick out her wedding gown. We reported in August, that Cele broke her arm. And, we noted in that article that Micheal and Juliana moved in with Sean and Sarah for the COVID-19 quarantine. Clearly, Sean’s just as mature about the new status quo.

Monsters and Critics noted that Michael and Juliana attended Sean and Sarah’s recent wedding. Plus, “Sean and Sarah were also photographed at Michael and Juliana’s wedding.” If you don’t know, the 90 Day Fiance kid’s step-dad Sean’s a hip hop artist. Previously, he worked in construction. Interestingly, the outlet noted that Sarah Jessen “runs two companies, one of which is a construction company.”

Sean experienced a bad car accident years ago. His baseball career went down the tubes, and the pain from his injuries meant doctors prescribed painkillers. Soon, he discovered that he couldn’t do without them. On December 4, he shared a photo in LA. His caption read, “For 10 years I was addicted to drugs… After getting injured, losing my baseball career, I was prescribed hard drugs by my then doctor to help with the pain. From there it was a downward spiral…I could never have imagined that years later this is where I’d be Living out my dreams in California.”

90 Day Fiance star, Juliana Custodio liked the post and commented, “Yeahhhh.” Fans congratulated the husband of  Sarah Jessen. Next, many of them related their own experiences with painkiller addiction.

One of them related how they went for “a tummy tuck.” Pain medication helped and that became addictive. Meanwhile, another recovered addict gave a lot of kudos to Sarah for being a strong woman who will stand by Sean Naso. But Sean probably also stood with Sarah as she battled with breast cancer.

In November last year, Sarah Jessen shared one of the songs by Sean. And the link in her Twitter post goes to a video on YouTube.

90 Day Fiance fans who follow Sarah and Sean Naso on social media seem very happy that he does well. And now, they celebrate with him as he hits the 10-year mark drug-free.