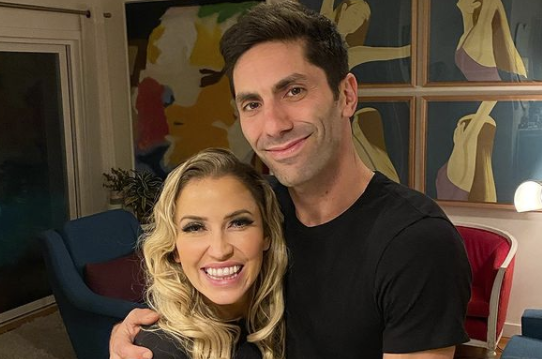 Plenty of Nev Schulman’s fans feel that the Mirrorball Trophy was rightfully his. The Catfish host and his partner Jenna Johnson placed second on Dancing With The Stars this season after heavy competition. But he isn’t sad about it. He actually recently expressed how happy he was being the runner-up.

“Look, we can all agree Dancing with the Stars is a hoot. I don’t wanna offend anyone, but it’s pretty silly. I mean, it’s ridiculous,” Nev told ET. “It’s a big, fun, ridiculous show that I enjoyed thoroughly, but winning for me was never the objective. Obviously, it’s something to sort of focus on, but for me, it was just about dancing and performing and my love of the performing arts.”

He went on to say that all his life, he compared himself to others, which definitely held him back. While competing on Dancing With The Stars, he just allowed himself to have fun.

“I weirdly, despite what you may think, was almost happier getting second place,” Nev confessed. “Because I really felt like I had already won for myself.”

Since the finale aired, Nev has been incredibly supportive of Kaitlyn Bristowe, the first place winner. He knew how badly she wanted to be on DWTS for years and felt that she really earned the Mirrorball Trophy.

And Nev Schulman definitely doesn’t have anything to be ashamed of either. It’s true that Kaitlyn Bristowe ultimately won, but Nev and his partner Jenna had the highest overall points. If the winner was determined on judges’ points alone, he would have taken first place. Nev and Jenna also had the first perfect score of the season. On top of that, everyone loved their spectacular routines. The Black Swan performance from Villains Night still has everyone talking.

So What’s Next For The Catfish Host?

Nev Schulman said he would very much like to have another baby with his wife Laura when he got home. The couple already has two children, but they love being parents. But until that happens, Nev and the rest of the Catfish team are hard at work churning out new episodes. This season will be mostly virtual due to the pandemic. The fans he gained while performing on DWTS will likely tune in. New episodes of Catfish air at 9 PM eastern time on MTV.

Nev Schulman also told ET he believed catfishing rose a lot during the pandemic — so there will be lots of exciting content for viewers to see. Who knows what could happen this year? Don’t miss out on a single second!

Follow TV Shows Ace on social media for more stories like these. Check back with us to find out what Nev Schulman will be up to next.