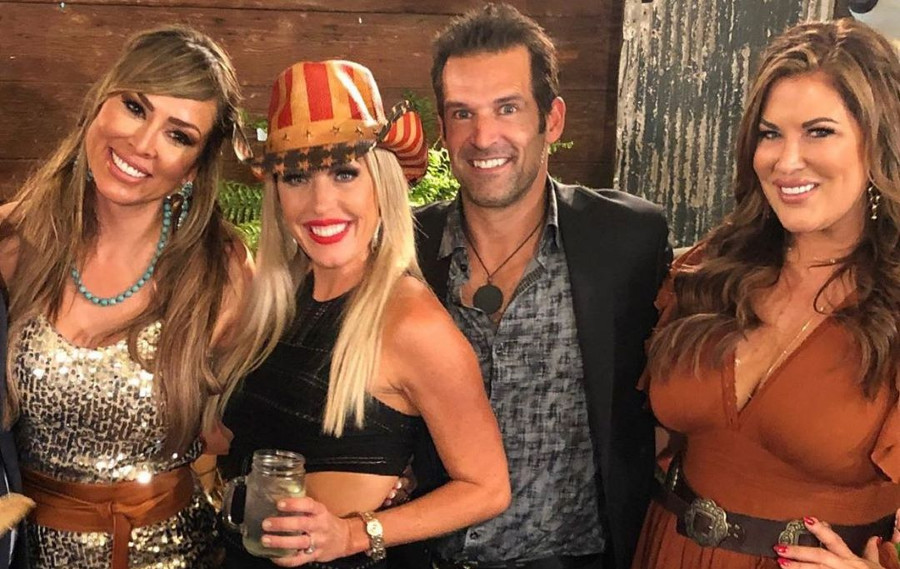 Kelly Dodd isn’t backing down from her shocking allegations about Braunwyn Windham-Burke’s alcoholism. During the Season 15 premiere, Braunwyn dropped the bombshell that she’s an alcoholic on an unsuspecting audience. She later said that Bravo producers hid the footage of her drunken behavior from viewers.

However, it seems some of her co-stars suspected there was a problem. But according to Kelly Dodd, Braunwyn Windham-Burke is exaggerating her problem with alcohol. To what end?

And now former RHOC star Tamra Judge is coming to Braunwyn’s defense by calling out Kelly as “ignorant.”

Andy Cohen gave Kelly Dodd the chance to dole out some mea culpa. The RHOC star was a guest on Bravo’s Watch What Happens Live earlier this week. While she did admit to regretting some of her comments about COVID, she leveled a shocking allegation against her co-star.

According to Kelly Dodd, Braunwyn Windham-Burke isn’t an alcoholic. Additionally, the Positive Beverage founder threw out the words “contrived,” faked” and “pre-plotted” to describe Braunwyn’s alcoholism.

Why would Braunwyn Windham-Burke tell the entire world that she’s an alcoholic if she’s not? For a spin-off. Kelly told a SHOCKED Andy, “She already had this planned, she wanted to get her own show. Her talent agent told her to stop drinking… it’s all contrived. I don’t believe she is a real alcoholic.”

Andy Cohen tried to get Kelly to walk back her comments, but she doubled-down instead. She said that viewers will understand her comments as the season continues. Several of the RHOC ladies have alluded to something going down later in the season. But it seems that Braunwyn Windham-Burke is as in the dark as viewers are right now.

It’s no secret that Kelly Dodd and Braunwyn Windham-Burke are on the outs. But what about her other co-stars? They all separately unfollowed the mom-of-seven on social media, but Braunwyn doesn’t know why.

She does, however, suspect that it has to do with politics. She’s been an outspoken supporter of social issues, as well as supporting President-elect Biden. Kelly Dodd, on the other hand, is married to Fox News correspondent Rick Leventhal.

She recently took her fight with Braunwyn to the streets. Kelly Dodd filmed herself outside of Braunwyn’s home, blasting her Florida license plate for all to see. Kelly Dodd even accused her RHOC co-star of keeping out-of-state plates to avoid paying taxes in California.

While Braunwyn’s current RHOC co-stars have yet to defend her against Kelly Dodd’s allegations, a Bravo alum did. Tamra Judge announced that she was leaving the Bravo show earlier this year. But she still keeps up with what is happening on-screen.

Us Weekly reports that Tamra Judge took up for Braunwyn in the comment section of an Instagram post about Kelly’s WWHL comments. Reportedly, Tamra slammed Kelly as “ignorant” and told fans not to listen to Kelly.

However, Kelly clapped back by calling Tamra a liar, ending her diss with the hashtag #attentionseeker.

Do you think there is any truth to Kelly Dodd’s shocking allegation that Braunwyn is faking her alcoholism? Some fans said the same thing, long before the WWHL appearance. Drop your thoughts in the comments down below. Keep watching RHOC to see what goes down between Braunwyn and her co-stars.