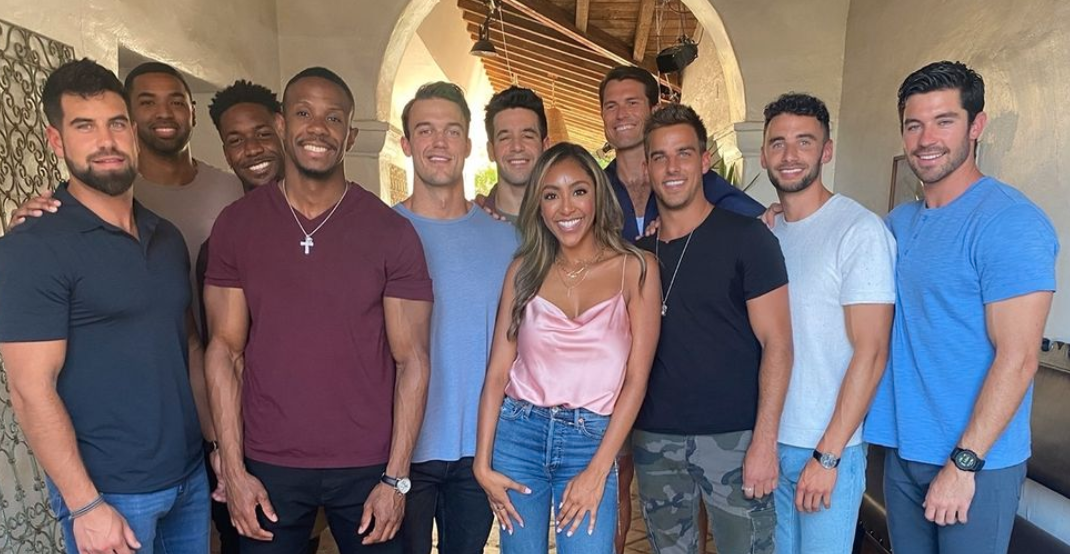 Jordan Kimball, a former member of Bachelor nation, says the Bachelor franchise is making some people look like villains. Now, he wants to help mentor the men.

According to US Weekly, Jordan Kimball is talking about 2 on 1 dates and villains in the Bachelor Universe. According to Jordan, he thinks that Bennett was told by the producers to essentially act like a jerk. Specifically in relation to when he kicked Noah out of the seat next to Tayshia.

“I’m certain of this, Bennett was told by producers, ‘Hey, we’re gonna tell Noah to go sit there and you’ve got to tell him no.’ A part of that may even be cut out. Noah got played,” Jordan reveals. “He should know better. This season needs a coach. I need a headset and a white van and I got to be there to help Noah through this because I can’t have Bennett win. … Bennett’s got to go. The Hellmann’s Mayonnaise has got to get off the shelf, I’m tired of hearing it.”

In addition, Jordan really really doesn’t like Bennett and is ready for him to leave. It’s still unclear who will go home on the 2 on 1 date next Tuesday. Currently, fans are waiting to see if Tayshia will choose Bennett or Noah.

Furthermore, Jordan went on to talk about how to pick the villain of the season. This year it seems like they are targeting Bennett, Noah and Ed. In particular, he says that they have got to pick whoever is super loud and well-spoken. They definitely have that in Bennett.

“When you’re trying to pick a villain, you’ve got to find someone who’s confident in talking. I think that they found someone with Noah, Bennett and even Ed [Waisbrot],” he said. “It definitely starts out as a, ‘Who don’t you like,’ and then they start to put things in your head kind of deal, start to pit you against each other.”

That seems like exactly what has happened between Noah and Bennett.

Then, the show takes those two villains and makes them go on a date. That is how they can always ensure a dramatic date.

Do you like Bennett or Noah? Or do you agree with Jordan Kimball? Let us know in the comments below. Come back to TV Shows Ace for more reality TV star news.

Bachelor Nation’s Hannah Brown Is Still Suffering From A ‘DWTS’ Injury
‘Love After Lockup’: See Who Went Back to Jail & More
Does Janelle Brown Treat Her Dogs Better Than Her Kids?
Dale Moss Has One Lady In His Corner – Who Is It?
‘Bachelor’ Villain Victoria Larson’s Past Criminal Activity Surfaces