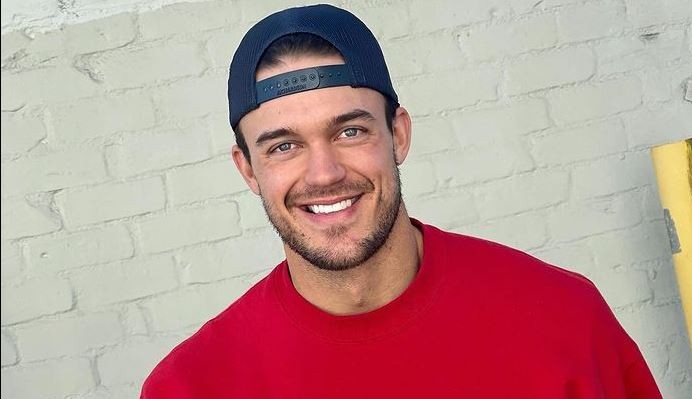 Last Tuesday, fans saw Bachelorette Ben Smith really open up to Tayshia Adams. He told her all about his past and the eating disorder he had to overcome. Ben has a lot to be proud of. Not only is he a respected Armed Forces Veteran, he also overcame a hard time in his life.

Ben Smith opened up about this eating disorder

People shared all about Ben’s openness discussing his past eating disorder. Ben actually hid the disorder from everyone around him for over a decade. He suffered from Bulimia. He stood naked in front of Tayshia to show her everything about him and why he is the way he is. And, he’s proving he is showing up for her.

Ben said, “The life I’ve lived is different than what you might assume. I had an eating disorder for 15 years.” He went on to say, “I found out what girls were when I was 15.” Ben continued, “I realized they don’t like the fat kid. And so I stopped eating, started working out all the time. Lost like, 70 lbs. Had bulimia for like, 10 years and I was in my 20s. It’s hard to hide something for so long.”

Ultimately and thankfully, Ben’s sister intervened and help him recover. Now, he is a personal trainer and extremely into health and fitness. Just check out his social media pages and one can see how seriously he takes being in shape. 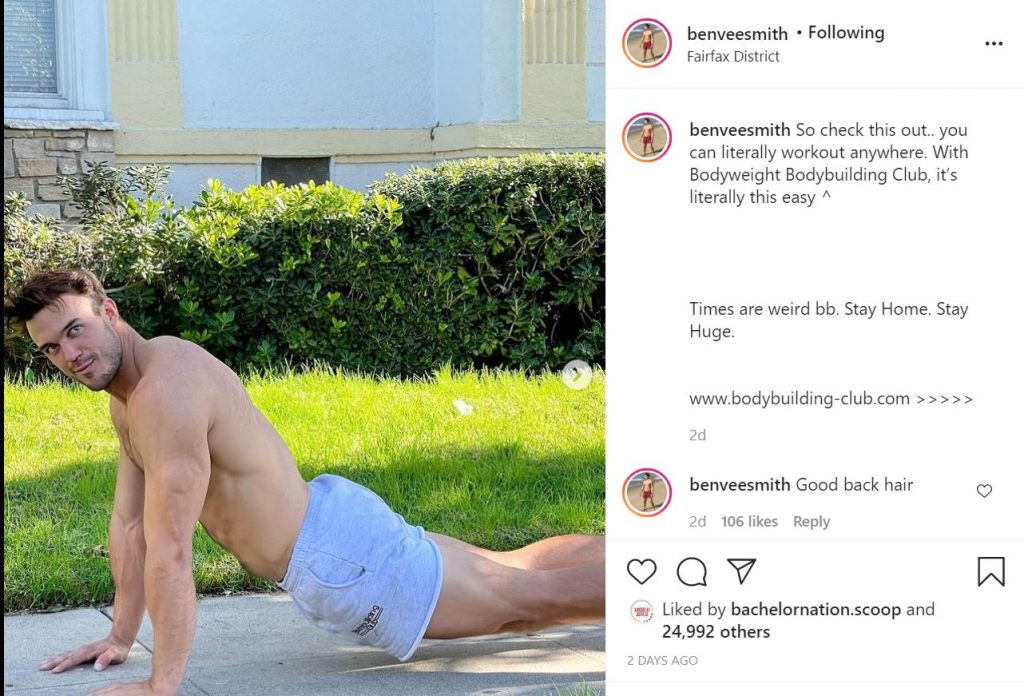 Ben is a former Army Ranger. He graduate from West Point and the United States Army Ranger School. Ben said West Point recruited him to play golf and he agreed. Ben didn’t know much about the West Point program. He did know he wanted to serve in the special forces.

In the end, he left active duty after suffering a life changing back injury. He said, “I had this epiphany and I was like, ‘You know what? I don’t need to do this anymore.’ It was a very weird thing for me because I had based my life on achieving these goals.”

Following his departure from active duty, Ben got into the world of health and fitness. He currently works as a trainer and instructs other on fitness and nutrition.

And, as if Ben isn’t adorable enough already, he loves dogs. Chris Harrison thinks a lot of Ben. He said, “Wonderful guy. This guy is the gentle-giant of the season — incredibly nice, big talker and long talker. When you get Ben going, it’s hard to get him to stop.”

Ben went to Instagram following Tuesday’s episode and shared a photo of himself. He said, “Thank YOU. I’m slowly realizing that being vulnerable is cool. I’m proud of you, immensely thankful for your support, and grateful to have you by my side. Wherever you are, I see you, I’m with you, and I love you a lot. Please be open, accepting, and give yourself the grace that you most certainly deserve. Keep going bb, we’re in this together.”

Ben has a lot to be proud of and he’s on the right path to sweeping Tayshia off her feet and falling in love.