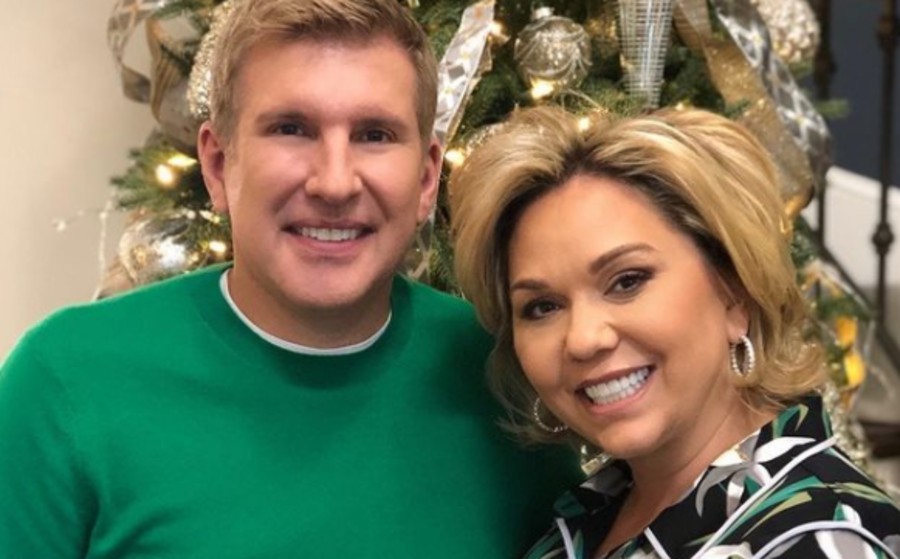 No one loves Todd Chrisley as much as he loves himself. That’s why an opportunity to create another him would be exciting to him. In the preview on Instagram for tonight’s episode of Chrisley Knows Best, Savannah Chrisley has told her dad she wants to freeze her eggs. Todd says he’s been doing some research on the subject and has an idea.

Thinking it’s going to be something helpful, she pays attention to him. Todd says, “I can create another me.” Savannah responds horrified. Julie Chrisley tells him he’s lost his mind. Of course Todd looks like he is in shock she’d think that. The post to Savannah’s Instagram is captioned, “things are getting a bit personal on tonight’s episode.”

Savannah hasn’t hid her battle with endometriosis. The reality star said she was made to be a mother. Freezing her eggs will give her an easier time of having children when she’s older. She doesn’t know when she’ll get the opportunity. After a turbulent year she split with her fiancé and became very busy with her own makeup company.

Fans Think The Idea Of Another Todd Chrisley Is Hilarious

Instagram is excited for a new episode with Todd Chrisley. One fan commented on the video saying, “is the world big enough for two Todds?” For his children it seems like Todd is already everywhere, so they certainly wouldn’t want him to have a clone.

Others are hoping he is talking about somehow cloning himself with his own DNA. Chase also has some hilarious facial expressions at the idea in the video below. It seems his family is over his crazy ideas. Knowing Todd though, he’s probably really serious.

Another Preview Shows Chloe Having Fun

On a different preview on Todd Chrisley’s Instagram, Chloe is giving out outfits. She’s handing out hats and Savannah says she can’t put anything on her head. Todd says, “you’re going to do whatever she tells you.” When Chloe has a jug of beer, Savannah says it’s for nanny. Nanny says, “I’m the drunk Nanny.” Todd and Savannah exclaim at her comment. Most fans agree that Nanny is their favorite.

The post on Todd’s account is captioned, “what has our sweet Chloe gotten us into?” Fans are really excited to see tonight’s episode. One tweeted, “I’m waiting on the new episode of the Chrisley’s. It doesn’t matter how I’m feeling my extended family knows how to put a smile on my face.” Chrisley Knows Best comes on Thursday nights on USA.

Looks like it should be a good episode. Comment below if you’re tuning in tonight. Also, do you think there should be a clone of Todd wandering the earth?