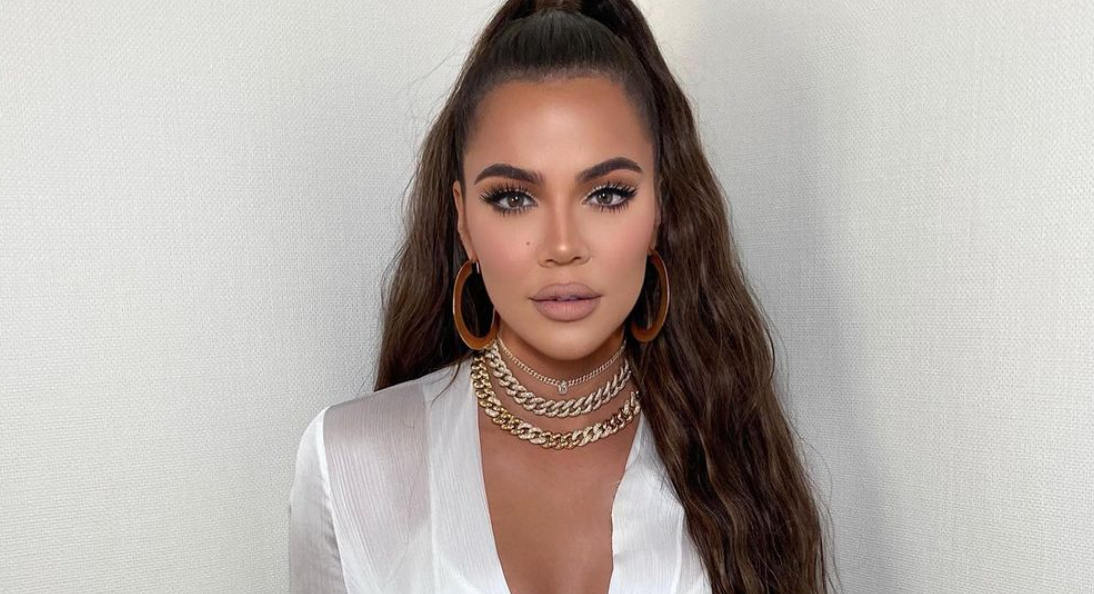 Khloe Kardashian is posing nearly nude on Instagram and she looks great doing it. The Good American owner is showing off a new addition to the company – shoes.

Khloe Kardahsian announced that Good American will be launching shoes for the first time ever. To show the new shoes off she did several photos wearing just underwear and thigh-high boots Page Six says. In one photo, Khloe is covering up her top half with her arms, of course. In another, she is sitting so that the boots cover up the rest of her body.

One pair of boots are knee-high satin with a pointed toe. Apparently, they will cost just $329. There is another pair that goes over the knee for $345. The boots are called the “OOO” boot and the “Emma” boot. The collection will also feature flats.

Apparently, Khloe Kardashian has been working to make the shoes for over two years. The boots feature a “Cloud Sole and ergonomically designed heels.”

Sticking to true Good American style, the shoes come in a total of 72 size variables.

In the comment section of the photo, Khloe Kardahsian got a lot of praise.

“Obsessed with this photo of you,” someone else writes.

Khloe has really been focusing on fitness lately and it shows. She is rocking the shoes only look. 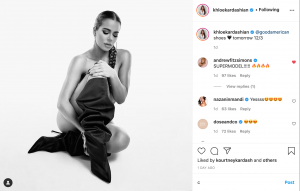 The entire Kardahsian family took to TikTok to troll their celebrity friends. They all sat very still in a group and called various people on Facetime. Then, when the celebs would answer they wondered what was going on and if they were in trouble.

Of course, they all had different reactions when they opened the Facetime call.

“Oh hey!” Tristan Thompson says before noticing it’s the entire family, “What the…?,” he exclaims.

“Is this real or is this a picture?” Savas asks the family.

The videos were so entertaining for the family they ended up making two TikToks showing what happened.

Will you be buying some of the new Good American shoes? Let us know in the comments below if you plan to snag a pair. Come back to TV Shows Ace for more news on your favorite reality TV show stars and Kardashian family members.