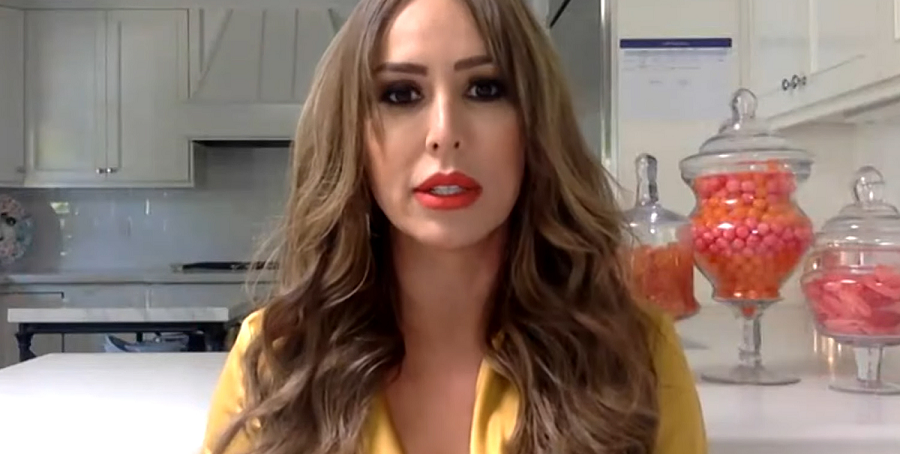 Kelly Dodd shared her side of the story on Watch What Happens Live on Wednesday night. Previously, RHOC fans wondered if Bravo banned her from the promotional tour. Her co-stars have already had their own respective interviews. But, she finally appeared on the late-night talk show.

Previously, she claimed on social media that the network was trying to silence her. Kelly said that she’s not a “sheep” like her other co-stars. During the episode, she shared her thoughts on the “stupidest” thing she ever said. She even showed solidarity for the Black Lives Matter movement.

The Real Housewives of Orange County star opened up about her “insensitive” comments that she made earlier this year. Earlier this year, Kelly Dodd said that the coronavirus was “God’s way of thinning the herd.” The 45-year-old made an appearance on Wednesday night’s episode of Watch What Happens Live with Andy Cohen. During the show, she admitted that she has “regret[s]” over some of the comments she made.

“At the time, it was a question – like, ‘Why are all these people dying?’ … Why [do] pandemics happen like this? Is it God’s way of thinning the herd?'” Kelly remarked. “It was a stupid thing for me to say. It was insensitive and I apologize if I hurt or offended anybody, ’cause that wasn’t really my intention. I got freaked out about it and in hindsight, it was the stupidest thing I’ve ever said.”

The Bravo star chalks it up to misinformation. Kelly explained that she made the comments in January when no one understood what was going on. She also revealed that she hates face masks because she feels “claustrophobic” when wearing one. But now, Kelly “understand[s] the science behind it” and she’s “willing and able to wear a mask.”

The reality star’s brother, Eric Meza, revealed on social media last month that their mother, Bobbi Meza, contracted the virus. Kelly confirmed that she and her mom are “estranged” at this moment. She found out the news through Instagram. Then, she spoke to her mom on Thanksgiving Day and said “she is doing fine. She’s at home.”

A fan asked Kelly Dodd about mocking the Black Lives Matter movement with the “Drunk Wives Matter” hat she wore at her bachelorette party.

“That Drunk Wives Matter hat was given to me, I was trying everything on from my shower. My girlfriend gave it to me, she’s had it for a couple of years,” Kelly explained while host Andy Cohen cringed. “I believe in equality, I believe in Black Lives Matter, and if I offended anybody by thinking I was mocking.”

Andy’s face while Kelly talks is me. #WWHL #RHOC pic.twitter.com/eNjowzRrtA

She reiterated that she believes in the movement and didn’t want to cause “hurt.” However, RHOC fans don’t believe Kelly’s apology. They say that her apology is too little, too late. Here are just some of the comments on Twitter:

What are your thoughts? Do you think Kelly was truly apologetic on WWHL? Sound off below.