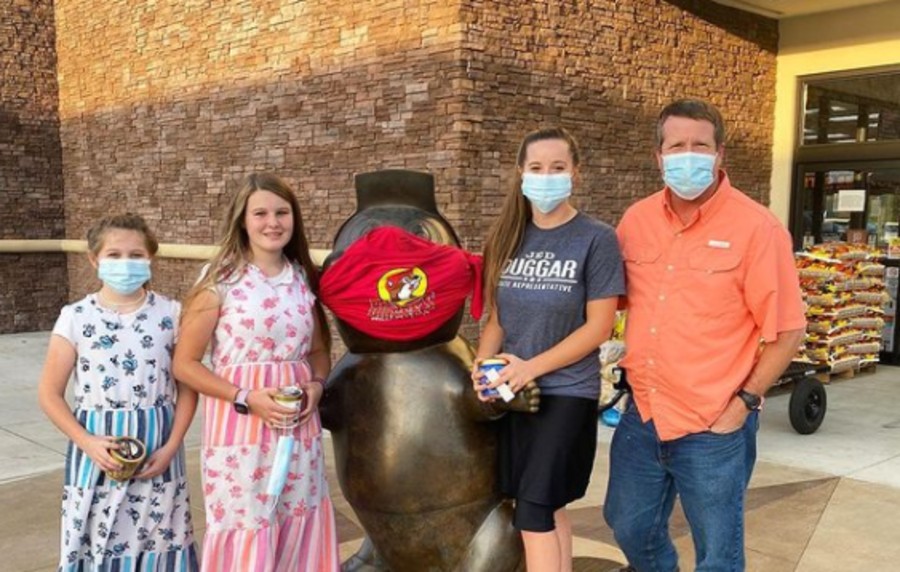 Who better to tell you the truth than family? A surprising person just put Jim Bob Duggar in his place, his sister. Amy King is estranged from the rest of the family. Most Duggar fans know this.

She is the daughter of Jim Bob’s sister Deanna and has said she has a different belief system than the conservative side. In the past she told ET, “I’m in a good place and I wish my family all the best. I have freedom and it is wonderful.”

Jim Bob Duggar’s sister felt the need to defend her daughter. Over the weekend she spoke out about what she thought was an unfair portrayal of Amy on the TLC show Counting On.

She posted how proud she is of her daughter and how the reality show makes it look like, “she is not capable of a lot of things.”

She went on to say, “let me get on my soap box for a minute! AMY KING is very capable.” She said her daughter cares about people and loves helping them. One fan responded saying, “you go mama!! I love watching how Amy has thrived and grown over the last few years. She fills so many roles, mum, wife, businesswoman, daughter and does it all with a good heart.”

Jim Bob Duggar’s sister responded to a video Amy King put up considering Christmas coming up. Her mother said, “isn’t this what this season is all about? I love this Amy and I will give some things too!” In the video she put shampoo, canned goods, and baby boots into a blessing box. She said, “It is so awesome to help those that you can.” She said homelessness is at an all-time high these days. King fills the box located at her hairdresser’s each time she goes.

Amy said according to The Hollywood Gossip, “Be a blessing to somebody today! The best part is do it anonymously. It’s not about fame or popularity it’s about being a giving person.” She went on to say in thinking about Christmas she didn’t need a thing. She said little things like pillows, shampoo, gloves, and jackets could be a blessing.

Because Amy doesn’t follow Jim Bob Duggar’s strict rules, some negative comments have been made about her on the show. Amy hasn’t addressed any of them, but it didn’t stop her mother from being vocal. Amy wears pants, had her first baby in her thirties, drinks alcohol, and posted a picture of herself breastfeeding. These are all things that don’t line up with the Duggar father’s conservative thinking.

What do you think about Deeana defending her daughter? Comment below if you were cheering from the comments section!