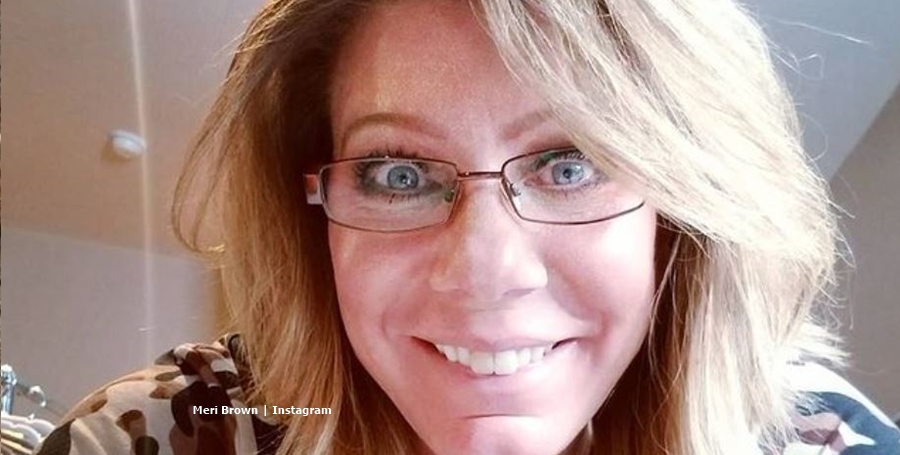 Sister Wives‘ Meri Brown posts many cryptic sayings on her Instagram these days. In fact, fans believe she gives them a strong message about Kody. Mind you, she never mentions him. But, it’s always a hint that something’s very wrong between them, fans agree. Now, she quoted the Indian Sage Papaji.

We reported on November 21, that Meri shared her umpteenth quote about life. Some fans wonder if she uses cryptic quotes to send a message about her and Kody Brown. But, without using his name. If that’s the case, she either tries getting around her TLC NDA or else she thinks Kody’s a bit dim-witted and can’t interpret them. The NDA’s a good possibility, as TLC constantly revisits Meri and Kody experiencing marriage problems. Recall last season when he accused Meri of conning him into marriage.

Although Sister Wives‘ Meri Brown confessed the love’s gone, no doubt future episodes feature them again. After all, a bit of filler always helps flesh out a stale storyline. Miserable Meri probably wishes she could leave Kody, many fans think. But, she grew a huge following and profits off that with her LuLaRoe business. It seems like Meri reads a lot of inspirational books and that helps her feel independent of the Brown family.

The Hollywood Gossip noted that Meri went all “Disney” by part-quoting Elsa of Arendelle. Actually, the full quote isn’t Disney at all and came from the Indian Sage, Papaji. However, Elsa did say part of it when she talked about “letting go.”

Meri’s Instagram story said, “Whatever comes, let it come. What stays, let it stay. What goes, let it go.” The western Punjab native became famous among Americans “for his neo-Advaita.” It’s the concept that “realization is available immediately without effort.”

Well, if Sister Wives’ Meri Brown keeps repeating that, maybe she realizes an apparent dream to move on from Kody. Of course, these cryptic posts might not apply to Kody. As she works with LuLaRoe, which pumps out all sorts of positive messages to go with their not-so-positive image, she might learn them from there. Actually, Kody and Meri’s real relationship might be the best-kept secret on TLC. For all fans know, they could happily engage in a relationship.

Earlier this year, Meri had a good laugh at her fans after she shared a photo of a mystery woman on Instagram. In the comments, people tried guessing who it was. And, Meri just sat back and enjoyed all the guesses.

Perhaps Sister Wives‘ Meri Brown just puts out the cryptic quotes to enjoy all the speculation that appears in the tabloid media. What do you think? Is Meri sending a coded message to Kody Brown or just amusing herself with cryptic quotes?