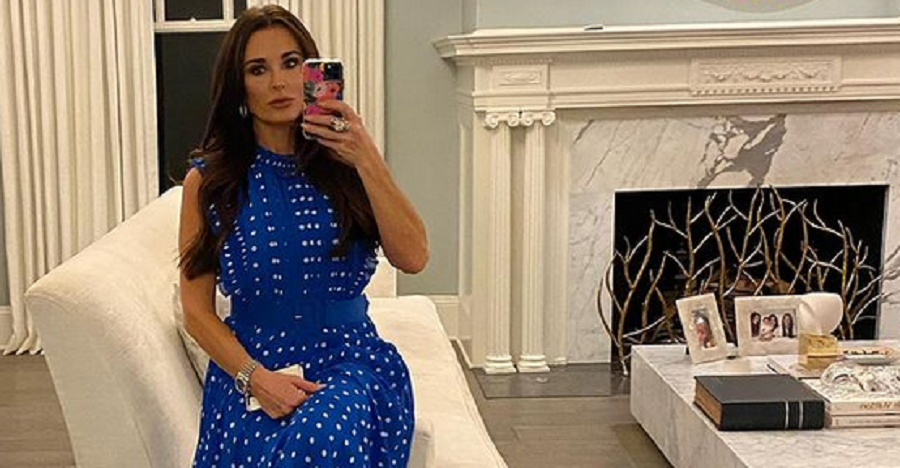 Last week, Kyle Richards admitted she’s been feeling under the weather. The Real Housewives of Beverly Hills star said she was so sick that couldn’t cook Thanksgiving dinner for her family. However, she was spotted on a shopping trip in Los Angeles amid the reports she tested positive for COVID-19.

But, she’s not the only one. According to a TMZ report, Dorit Kemsley and Kathy Hilton have also come down with the virus. This comes after RHOBH Season 11 production shut down over coronavirus concerns. However, reports claimed that several crew members tested positive for the virus.

The cast was reportedly fine just last week. It shows how fast the mysterious virus can move.

Do these three RHOBH stars have COVID-19?

On Wednesday, December 2, TMZ reported that Kyle Richards, Kathy Hilton, and Dorit Kemsley all tested positive for COVID-19. It seems like the coronavirus continues to run rampant on the show. Sources told the outlet that the problem is worse than just one isolated incident. Several cast members also have the virus.

Kyle Richards, Kathy Hilton, and Dorit Kemsley received a positive result. Sources say they’re currently recovering at home. Thankfully, none of the women have serious symptoms. Filming started at the end of October. While safety protocols were put into place, they didn’t stop a COVID outbreak from impacting cast and crew.

Those sources also said that Kathy, Kyle, and Dorit did not contract the virus while on set. Kathy and Kyle often hang out together. It makes sense since they are sisters. Meanwhile, Dorit played third wheel during their outings. All three women are in the final stages of their virus and should make a safe recovery.

Garcelle Beauvais told her Real co-hosts that the RHOBH cast went into a 14-day quarantine. As for the future of the show, she said she hopes filming will resume in “a few weeks.” Garcelle said she tested negative for COVID-19 on several occasions. She showed no signs of the virus as she continues to have regular testing.

Kyle Richards previously revealed she came down with something during the Thanksgiving holiday. But despite TMZ and Garcelle’s claims, she left her home on Monday, November 30. The Bravo star went shopping at the Beverly Glen Center, as per Daily Mail. The 51-year-old looked radiant in her black leather blazer, which she wore over a white top and plaid pants.

Kyle Richards has her hands full on a shopping excursion https://t.co/khPYBv3lfh

Kyle also wore plenty of jewelry for her shopping excursion. She had on several necklaces and rings. Kyle’s signature long brown hair was swept to one side. In her arms, she carried her smartphone, a shopping bag, and her tan Birkin handbag.

It looks like the reality star did some Christmas shopping. She appeared healthy and fine during the sighting. But Kyle did wear a white face mask over her mouth and nose to protect herself and others. The coronavirus pandemic continues to wreak havoc in California and other parts of the country.

What are your thoughts on the RHOBH Season 11 production shutdown? Do you think production should resume? Sound off below.