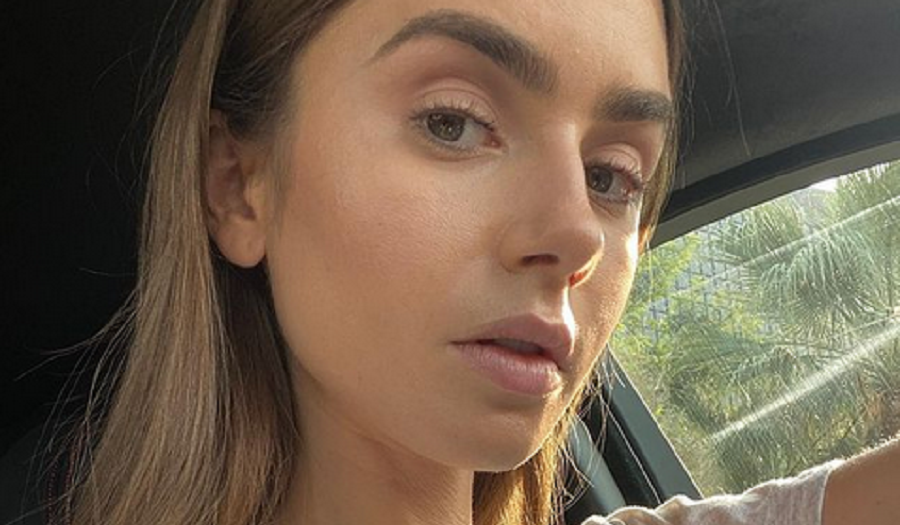 Lily Collins addressed the Emily in Paris pronunciation confusion. The Netflix series created headlines. First, there was criticism of the portrayal of Parisians. Then, there were questions about her character’s age.

Now, there’s a lot of confusion about the title of the hit series. The lead star made a Monday night, November 30 appearance on The Tonight Show Starring Jimmy Fallon. The 31-year-old actress responded to Netflix’s claims that fans have been pronouncing the title wrong. The streaming company said it was meant to rhyme with the French pronunciation.

How do you pronounce Emily in Paris?

During the interview, Lily Collins said she heard the French pronunciation during filming. But it wasn’t something that she was concerned about. She just thought it was “cute” and went back to her day. It only became a controversy when Netflix addressed it.

“When we were shooting in Paris, we heard people referencing it as that more often, right? Because we’re in Paris, the accent, I was like, ‘Oh yeah, it rhymes, that’s cute,'” Lily explained. “Literally forgot about it, came back home, it was never a big thing.”

The actress admitted that she’s just as confused as everyone else when Netflix announced the intended pronunciation.

“I felt like I was one with every single other person in the world that found that out the same day,” Lily joked. “I was like, ‘Wait, have I been saying it wrong?’ … I’m like, oh my god, I fell for it! I’m Emily, and I even been saying it wrong. I feel like that’s actually something Emily herself would be like, ‘Well, I guess I was part of the joke.'”

She also shared the details of Emily’s signature phone case that’s in the shape of a vintage camera. It’s from Patricia Fields, who worked as a costume consultant on the show. The famous designer is also responsible for the iconic fashions from Sex and the City.

“She was like Carrie Bradshaw from Sex and the City had her tutu, we need to find Emily’s ‘tutu,'” Lily explained the phone case. “She had this amazing phone case on her neck with a big chain and we were both like, ‘That’s super cool.’ She was like, ‘It is right? ‘Cause I was thinking this could be her thing.’ It kind of became Emily’s tutu.”

TV Shows Ace previously reported that Netflix renewed Emily in Paris for Season 2. As for Lily, she can’t wait “to get back there as soon as possible” in her interview with ET Online. However, she wouldn’t reveal details on what fans can expect.

Lily Collins gushed about her engagement

The Emily in Paris star got engaged to writer and director Charlie McDowell back in September. Lily Collins shared photos from their proposal, which took place during a road trip to Santa Fe, New Mexico. In an interview with Extra published on Monday, she admits that she still can’t get used to her engagement ring.

The British actress never wore a ring on that finger before. Lily and Charlie first dated in July 2019 when they were spotted together in Los Angeles. Then, she made their relationship official when she shared photos of the two in Paris while she filmed her hit Netflix series. Now, Lily jokes that she and Charlie are “totally soaking in being engaged.”

Emily in Paris Season 1 is out now on Netflix.