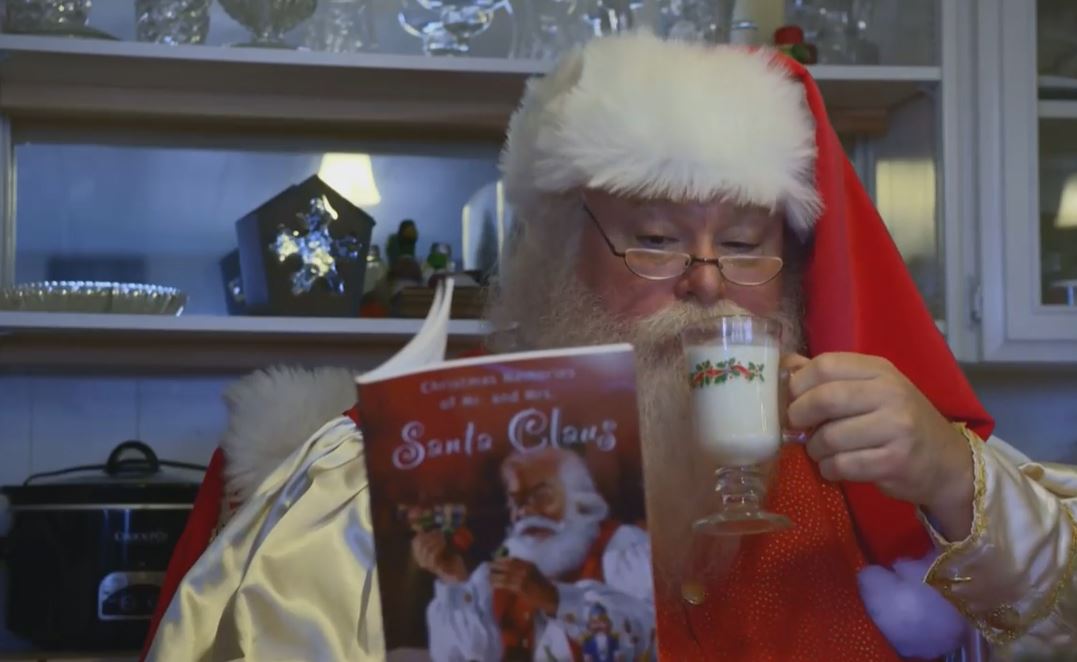 Santa has a clause when it comes to a pandemic. On tonight’s The News With Shepard Smith features a Santa Claus who says in order to save Christmas, it will be entirely up to the Santa community.

In TV Shows Ace exclusive clip below, we see that Santa (Rick Erwin) is busy not only checking his list, but making sure all working Santas get a first crack at any vaccines that are made available.

The News with Shepard Smith is CNBC’s nightly newscast providing thorough and non-partisan coverage and perspective on the day’s most important stories.

Featuring on-the-ground reporting from around the globe, The News with Shepard Smith peels back the headlines to give its viewers sharp context into the world around them in real-time.

This Christmas has a strange twist, professional Santa Claus Rick Erwin had a clause in his 2020 contract. It read that if he could not get a COVID vaccine his in-person events would have to be canceled.

He even reached out to President Trump in late summer, to ask if professional Santas could get vaccinated in the first wave like in previous pandemics.

He offered to deal with operation Warp Speed and was dealing with Michael Caputo in the Health and Human Services part of the Trump administration, but then Caputo disappeared and ceased communications, and Erwin was left holding the Santa toy bag.

The Wall Street Journal reported that:

…according to audio recordings of discussion of the plan, the deal would have been available to Mrs. Claus and elf performers, too. The idea was conceived by embattled Health and Human Services assistant secretary Michael Caputo prior to his leave of absence after a public meltdown last month in which he accused CDC scientists of sabotaging the Trump administration’s pandemic response. The Journal says HHS secretary Alex Azar has denied any knowledge of the scheme, which Caputo set up with Rick Erwin, the chairman of the Fraternal Order of Real Bearded Santas. (Erwin had pushed for early vaccinations for Claus and elf performers during an HHS advisory meeting in August.) Per the report: [Erwin] called the news “extremely disappointing,” adding: “This was our greatest hope for Christmas 2020, and now it looks like it won’t happen.”

The program is underscored and produced by sharing compelling images and booking expert guests – all pulled together by Shepard Smith’s trademark devotion to fast and correct information to keep the trust of his audience. Sanford Cannold serves as Senior Executive Producer and Sally Ramirez is Executive Producer.

CNBC is considered a world leader in business news and provides real-time financial market coverage and business content consumed by more than 355 million people per month across every platform.

CNBC also offers content through its vast portfolio of digital products such as: CNBC.com, which provides real-time financial market news and information to CNBC’s investor audience; CNBC Make It, a digital destination focused on making you smarter about how you earn, save and spend your money; CNBC PRO, a premium service that provides in-depth access to Wall Street; a suite of CNBC mobile apps for iOS and Android devices; Amazon Alexa, Google Assistant and Apple Siri voice interfaces; and streaming services including Apple TV, Roku, Amazon Fire TV, Android TV and Samsung Smart TVs. To learn more, visit https://www.cnbc.com/digital-products/.

CNBC’s “The News with Shepard Smith,” the live, one-hour program broadcasts each weeknight from CNBC’s Global Headquarters in Englewood Cliffs, N.J. at 7pm ET with encore presentations of the newscast airing at 12am ET and 4am ET.

Spoilers For ‘General Hospital’: Maxie’s Insistent, Brook Lynn Needs Help
‘Days of Our Lives’ Spoilers: The Morning After For Xander & Chanel
Tayshia Adams Has A Serious Case of FOMO
Chase Chrisley Gives the Scoop On His Famous Family
Hannah Brown Talked About Living Up To Impossible Standards Of Pageant Life