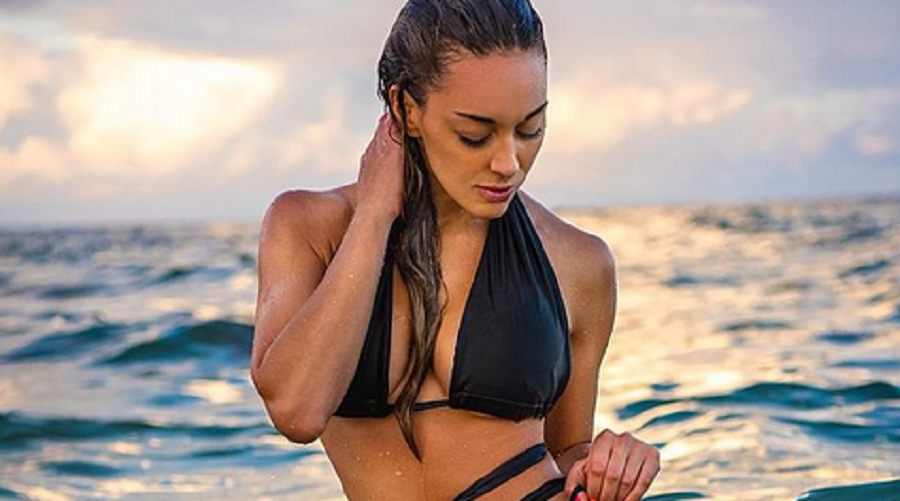 Below Deck star Elizabeth Frankini clapped back at Captain Lee Rosbach. She didn’t like his remarks about her work performance on Monday night’s episode. He wanted the carefree stew to stop daydreaming and focus on the real world. So, Elizabeth took to Instagram to respond.

The stew had some words for Captain Lee Rosbach. Clearly, Elizabeth didn’t like what Captain Lee said about her. She posted a photo of herself wearing a red-and-white striped bikini and drinking a bottle of beer. In the caption, she wrote: “Trying to snap out of the dream world I’m living in @captain_lee_rosbach.” Below Deck fans showed their support. Most of them told the reality star to not give up on her dreams.

Prior to the bikini photo, Elizabeth also shared her thoughts on the latest episode. She admitted it was hard to see her mistakes play out on television. But she also wished chief stew Francesca Rubi would have told her how she really felt. She felt like Francesca was making her feel like she was an idiot.

The blonde beauty revealed that she will continue to share her thoughts on future episodes on Instagram each week. She also defended herself on Twitter. Captain Lee tweeted: “Of course you can Liz, it’s called do your job correctly.” Then he added: “Ok, operative word there was get cutlery ready, wait for it.”

But she defended her “messy” comment. “I admitted to producers I’m a messy artist, not a messy yacht stew,” she responded.

Captain Lee shared his thoughts after the episode ended. He evaluated each of the crew members. But most of his criticism was for Elizabeth.

“And you don’t like the vibe, but I fear that it’s one that you are creating due to your lack of attention,” he continued. “Snap out of the dream world you’re in, we operate in the real world. You are better than this I believe. I too, hope you can pull it together.”

Elizabeth has been on Lee’s bad side for a few episodes. He was frustrated in the last episode when bosun Eddie Lucas had to make multiple trips for a beach picnic. As for Elizabeth, it appears she doesn’t like the criticism. This comes after she said she tries to remain positive about her job at all times.

But her positivity is now crumbling. It doesn’t look like she’ll be getting along with either Captain Lee or Francesca moving forward. What are your thoughts?