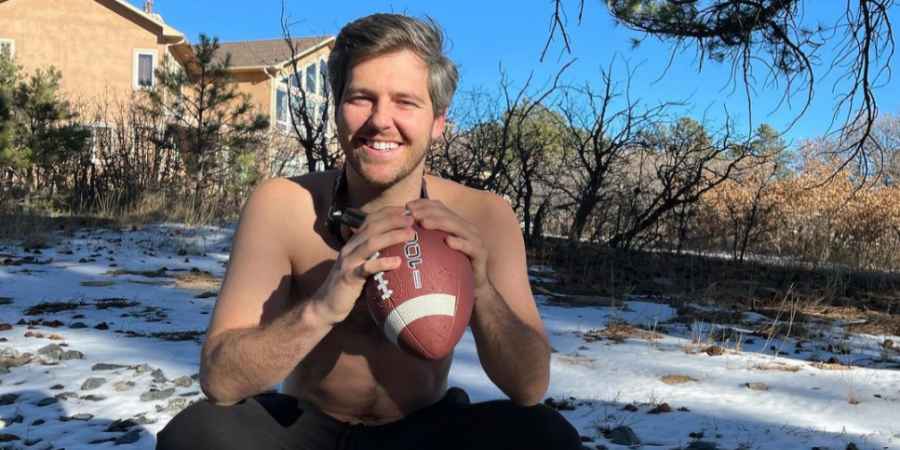 90 Day Fiance: Happily Ever After alum Eric Nichols just joined the clickbait club. No doubt just to get attention, he posed a sad image of himself with the hashtag #RIP. As fans know, Nichols was in an on-again, off-again relationship with his fellow cast member, Larissa Dos Santos Lima. However, after moving to Colorado with him, Larissa broke up with Eric. Is he now trying to use his little bit of TLC reality fame to get attention?

Eric and Larissa broke up after moving to his home town in Colorado. Apparently, the split was mutual and the couple is still on friendly terms. As fans already know, Larissa is focusing on building her brand on Instagram, OnlyFans and YouTube.

Meanwhile, Eric is also promoting his OnlyFans account by posting many shirtless images on Instagram. The former TLC star has also told his Instagram followers that he is “single and ready to mingle,” which undoubtedly drew interest from many of his female fans. Membership of Eric’s OnlyFans account is reasonably priced at $17.50 per month. This does, admittedly, make it affordable to view his questionable assets.

However, Nichols has also joined the clickbait club, like another former 90 Day Fiance star, Nicole Nafziger. It tends to smell of desperation when former TLC stars are forced to post clickbait. Meanwhile, both parties continue in the irritating trend.

Eric recently posted an IG Story featuring his image and the hashtag #RIP with a swipe-up link. Viewing the image initially induced an unsettling feeling, leading to his followers being curious to find out if he is OK. However, on swiping up on the link, they found there was nothing serious happening. It simply led to an article titled, “Celebrities we’ve lost in 2020.” Obviously, the Colorado Springs resident isn’t one of them.

Many 90 Day Fiance views find nothing wrong with a former celeb using their popularity. However, when a reality TV celebrity uses RIP messages, this is truly distasteful. A while back, fans were angry with Nicole, 26, after she posted an image of her fiance, Azan Tefou, with a RIP hashtag. She went a few steps further by hinting that she was pregnant with her Moroccan lover’s baby.

Nicole did eventually admit that she works for a news company that pays her for clicks. This is why she uses vague images to grab followers’ attention, together with misleading hashtags to make them follow her promotional link.

While Nicole and Eric seem desperate to keep and utilize their fame, other 90 Day Fiance alums utilize their fame for good causes. As noted by Screen Rant, this includes Kalani Faagata and Jess Caroline who regularly help social causes. However, whatever the need for attention, it really isn’t acceptable to post clickbait. Rather than attracting attention, this tends to drive away the attention she so clearly craves.