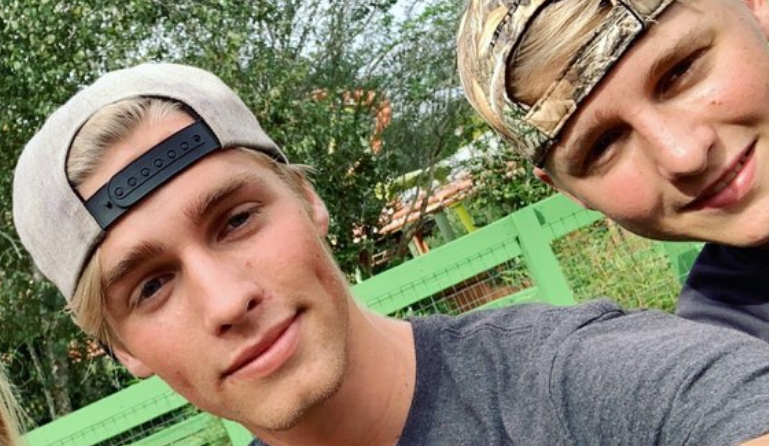 Amid the drama, Micah and Isaac Plath have been able to spend some time together, even if it’s not what they’re used to. Micah is 18 years old, and his younger brother Isaac is 13 years old. Welcome to Plathville fans are likely more familiar with Micah, as the show focuses more on the older kids’ journey. But, fans recently saw Micah and Isaac bond when Micah came to visit. Plus, dad Barry Plath had an unsuccessful one-on-one chat with Isaac while chopping wood.

On his Instagram stories, Micah recently revealed that he and Isaac spent some time at the skate park. He took his younger brother to pick out a skateboard, and then they both got to skate around. In the short video, Micah shows off his skateboarding skills and asks his brother to show his board to the camera. Micah says that Isaac “finally” got a board.

In the clip, Isaac is wearing his hat backwards as he skates around. Micah asks him how it feels to be at the skate park, and Issac says it’s “good.” Micah adds, “Say hello to scrapes and bruises now.” The two brothers appear to be enjoying themselves and the time they have together. It’s unclear how often they get to see each other though.

When is the Plath family’s show on TLC?

This season features the family navigating life as they are separating. Micah and Moriah have moved out into their own house, while Ethan and Olivia focus on their marriage. The rest of the kids live at home with Kim and Barry Plath with limited access to their older siblings.

For the latest updates on the Plath family, check back with TV Shows Ace. Don’t miss the latest episodes of the show.