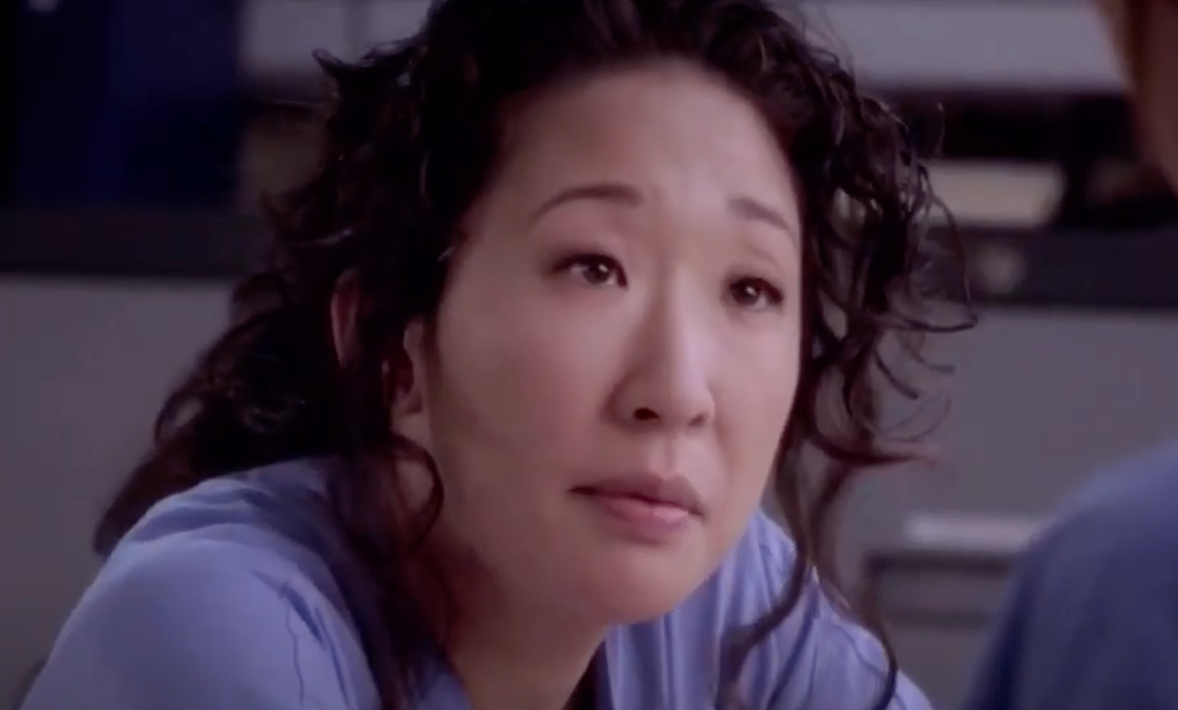 Grey’s Anatomy shocked fans with the return of Patrick Dempsey in the role of Derek Shepherd. Now, fans think they are going to do it again. This time with leading Cardiothoracic Surgeon, Christina Yang.

Fans believe they will get to see Sandra Oh in the role of Christina Yang one more time and for good reasons too. Originally Christina left to take over for Dr. Burke. That was the last anyone saw of her (except Meredith of course, who would make comments about staying in touch).

However, it turns out, Meredith’s dream about Derek on the beach is the first of many, and it’s been made clear that fans really need to stick around to see who else shows up Yahoo! says. Meredith has lost a lot of people in her life, so this could be a pretty long dream.

“You have to tune in and see who comes to the beach,” Krista Vernoff shares.

The first hint that Christina will return to the screen is the fact that her IMBD dates changed. IMBD first displayed the year Christina originally left the show which was back in Season 10. However, now it says that her last appearance was in 2020. Obviously, that’s a really good indicator that Christina will be back.

However, it doesn’t stop there. The next hint comes from the TV company that has created Grey’s Anatomy – Shondaland. Someone asked if Dr. Yang would be returning to Grey’s Anatomy. To which the company responded – “So you’re saying we should page cardio?”

It honestly seems like, with these two things combined, Sandra Oh may really be returning as Christina Yang this season. Meredith definitely deserves a visit from all of her people and it wouldn’t be complete without a visit from her “person.”

Why is Meredith seeing these people?

It seems weird that Meredith would be dreaming of her dead husband. After all, on Grey’s Anatomy, all the little details usually add up to a bigger health issue. So what exactly is going on with Mer? Well, it has been revealed that Meredith is suffering from COVID-19.

The show was sure to address all the front line workers and issues that arose with the virus.

It seems Patrick Dempsey may have accidentally spilled the beans on what is wrong with Meredith saying that he was happy to visit Meredith in her “COVID-19 dream state.”

Do you want to see Christina Yang back on Grey’s Anatomy? Let us know in the comments below. Come back to TV Shows Ace for more news on your favorite TV stars.