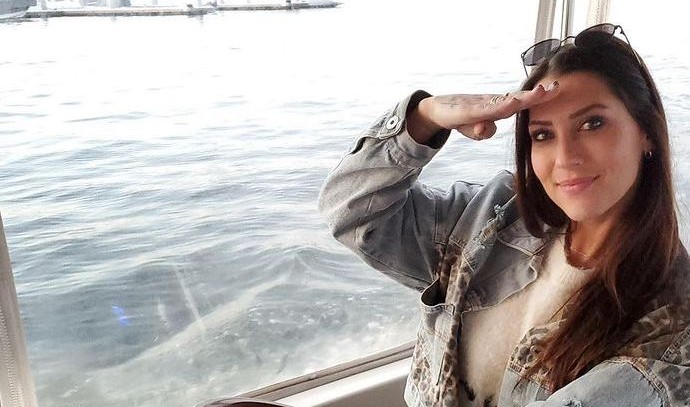 When a relationship in Bachelor Nation ends, fans usually want to know if that person would consider doing the show again. The same is true for former Bachelorette Becca Kufrin. She ended her engagement to Garrett Yrigoyen this summer. Last week fans saw her make an appearance on Tayshia Adams season. Now, fans are wondering if she would ever consider taking the lead again.

Would Becca Kufrin consider being The Bachelorette again?

E! News shared what Becca had to say about being the lead again. Becca said, “Oh god! I don’t know.” She continued, “Lately, people have been asking I think just because I’m single. I never want to say no and I’d never want to say never. But also, like, I am 30. I feel like a grandma.” She went on saying, “I love to sleep. I love my bed.” Becca concluded, “I love snuggling with [my dog] Minno. As you know, when you film an entire season, like, there’s no sleep for two-plus months, and I do not know if I could do it again.”

Becca also joked, “Also, like, doing the show again, I mean, let’s be honest: I was engaged two times already. Like, I don’t want to keep racking up the rings. Like, as much as I love Neil Lane, I don’t want to have a ring graveyard.”

And, those two engagements were both from being on the show. Remember, she accepted a proposal from Arie Luyendyk Jr. He then broke her heart on camera when he ended things to be with Lauren Burnham. Then, she went on to be The Bachelorette. Of course that is when Garrett popped the question and she said yes.

Where is the ring Garrett gave her? And, what about Blake?

Becca actually said she still has the ring Garrett gave her. It sits on her dresser. She says she isn’t sure what to do with it. She will never wear it again and she doesn’t want anything made from the diamonds. Becca goes on to say she doesn’t want that “juju.”

And, there are now rumors flying around that since she’s single perhaps things could be rekindled with Blake Horstmann. Blake was the runner-up on her season. However, Becca and Blake say they are both just friends.

Becca said, “No, Blake and I—we’re friends. He actually did make a couple of appearances on the [Bachelor Live] tour, like back in…February and March. So, we have stayed on great terms. Like, he is somebody that I consider a great friend….I think the show bonds you in such a weird way that we were able to kind of—I don’t want to put words in his mouth—but we were able to get through the really hard breakup part to be like, ‘You know, we both have our separate experiences from the show.’ But I have such a soft spot in my heart for Blake.”

And, for now, Becca Kufrin is just focusing on herself. She’s living her best life in Los Angeles with Minno. However, when she is ready to jump back on the saddle, Rachel Lindsay has already said she would love to fix her up.

She’s not interested in rushing into anything. Becca even said she’s giving herself until at least the new year to figure out what she wants.

Who knows, maybe 2021 will lead her back to Blake? Or perhaps to another shot as The Bachelorette? It’s not likely, but never say never.