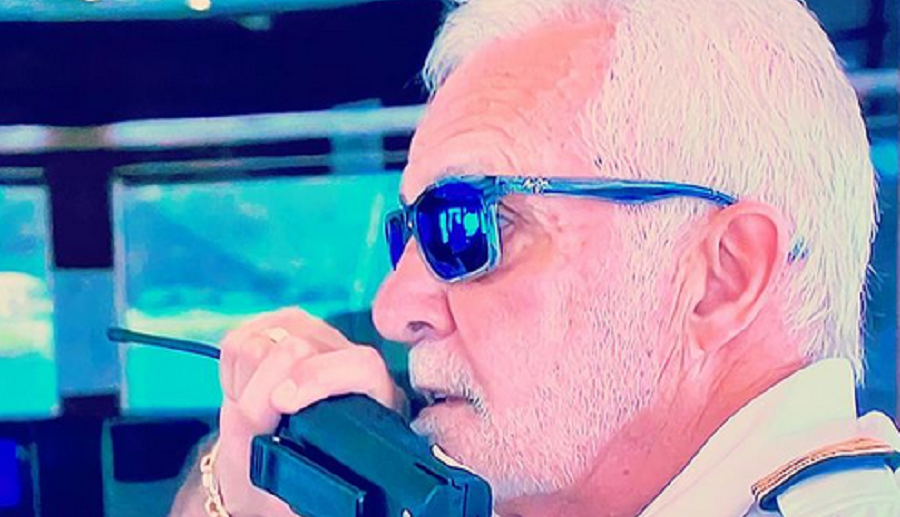 Below Deck star Captain Lee Rosbach explained one clear difference between his show and the one from the Med. Viewers have gotten used to seeing the deck team stay up the overnight hours for “anchor watch.” While it’s common on Below Deck Mediterranean, it’s unheard of on the original series.

One viewer noticed the deck team on Season 8 is not filmed taking on the overnight job. That fan asked Captain Lee if producers left that footage on the cutting room floor. But he claims that his team doesn’t do anchor watch. He doesn’t feel that it’s necessary on his yacht.

What did Captain Lee say?

On Monday night, November 30, a Below Deck viewer asked Captain Lee why his deck team doesn’t do anchor watched. The clever fan was curious as to why it wasn’t common on the show.

“Hey Capt. Do you guys do anchor watch?” the fan asked. “I haven’t seen anyone this season waking up at 3 or 4 am to do anchor watch. Or it just didn’t make it to the show?

“Nope, no need for it in some cases, and others call for it,” Captain Lee responded. “I only do anchor watches when called for. I do not compromise safety, but when I deem it necessary I do have them. It’s a situational call. Up to the Capt.”

Nope, no need for it in some cases and others call for it. I only do anchor watches when called for. I do not compromise safety, but when I deem it necessary I do have them. It's a situational call. Up to the Capt. https://t.co/c88lOpocXn

Then, another asked fan asked if anchor watch is “different in the Med as they always have anchor watch.” A second fan explicitly noted Sandy’s micromanaging skills as the reason. Even when the yacht is docked, some captains insist on having a crew member awake late at night.

On Season 3 of Below Deck Med, deckhand João Franco suggested that a crew member stays up and watches the docked yacht. He asked bosun Conrad Empson why no one was watching the boat while it was docked. Anchor watch protects the yacht from intruders. Captain Sandy Yawn previously revealed that she was chased by pirates during a charter.

Also, any weather conditions can move an anchored yacht. It could move onto other anchored boats, onto the short, or on the terrain itself. The crew member often tracks the climate, instruments, and other surrounding conditions. In the event of an emergency, the crew member will need to alert the captain.

Season 8 seems to have a very green crew. But one who stands out the most is Shane Coopersmith. He looks like he should be swimming with the dolphins rather than working on a yacht.

On his blog, Captain Lee called out Shane for his argument with bosun Eddie Lucas during Episode 3. Sunshine Shane (as Eddie calls him) radioed Eddie to inform him that it’s raining just as it started raining. Eddie teased Shane for the delayed warning. Instead of laughing along, Shane defended his late weather reporting.

The bosun laughed and said that Shane needed to get a sense of humor. Captain Lee agrees.

“Shane, Eddie is right, if you don’t have a sense of humor, you should probably not be with this crew because it’s not going to be easy on you if you don’t develop one,” he wrote. “It seemed obvious to everyone but you that it was raining already when you announced to all that it looks like rain. I don’t know it was funny. Not malicious at all, just funny. We all have to learn how to laugh at ourselves sooner or later.”

But he didn’t stop there. Captain Lee also called Shane out for the “fiasco on the tender trying to get the lines for the big boat” and said it was “a total disaster.” However, Lee did offer some words of wisdom for whoever needs it.

“Here is another little bit of advice, when you’re too old to be on deck at 0800, if you’re on time to me that’s late. Always be early, it will serve you well, speaks to character sir,” Lee continued. “And did I see….that you go down in the middle of the day for a nap.”

He referenced Monday night’s episode when Shane took a nap while the rest of the deck team worked. Lee feels that Shane has “so much” wasted potential. What are your thoughts? Do you think Shane will last through the season?