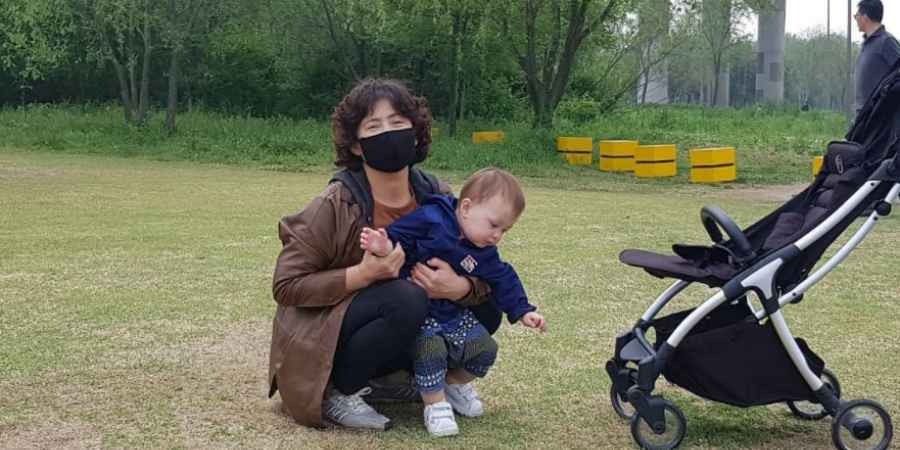 Jihoon Lee of 90 Day Fiance: The Other Way didn’t have an easy time of it with his estranged wife, Deavan Clegg. Following the airing of the finale of Season 2, he made a post to his Instagram Story. He looked back on his marriage and split from Deavan, taking accountability for the experience. Jihoon said that he is ashamed to see himself on the TLC reality show.

Fans were pretty much bored with the last few episodes of Season 2 of 90 Day Fiance: The Other Way. Let’s face it, they already knew the pair had split and that Deavan had moved on with Topher Park. Watching Jihoon and Deavan’s speedy wedding on the show was of no interest at all.

However, Jihoon made a post to mark the end of his experience on the TLC reality show. On his Instagram Story on Monday, November 30, Lee wrote that it looks like the show is finally over. He admitted in his caption that he didn’t watch the show. However, Lee said he did keep up with things via direct messaging. Jihoon admitted he had learned a lot from the marriage and divorce and was ashamed to see himself on the show. Nevertheless, he sincerely thanked his followers for their support.

On a second screen, Jihoon said that the TLC reality show and divorce have been a turning point in his life. He feels he needs to work harder with this. Once again, Lee thanked his fans so much for always supporting him.

After several months of feuding online with Deavan, Jihoon has been mostly laying low on social media. He did confirm his split from Deavan in August. This was following her return to the United States in May with her daughter Drascilla and his son, Taeyang. During August, Deavan confirmed that she had already moved on with her new boyfriend, Christopher “Topher” Park

Since that announcement, Jihoon has kept mostly to himself, focusing on his life. September saw him move out of the apartment he had shared with Deavan. Since then he has mainly posted images of himself working as a delivery person. Lee also treated himself to a nose job and a microblading session for his eyebrows. This appears to have given the TLC reality star more confidence in himself. At the time, he wrote in an IG story that he believed Deavan had left him because he was a nobody. He decided to invest in the treatments to make himself a better person.

In the meantime, Deavan has confirmed that she has filed for divorce from Jihoon. However, as noted by In Touch, she claims he has refused to sign the papers, which Jihoon denied.

How Jihoon feels about Deavan moving on

Jihoon has also opened up on how it feels to see his wife move on so quickly with another man. He said he found it hard to pretend to be bright on the outside. Lee said he finds it so hard, he only eats one meal a day. However, he wants to keep positive and think about seeing Taeyang again one day.

Jihoon said how painful it is for him to be alone and he misses his son so much, wanting to hug him. He feels “broken” without his son, after being together for a year. Now, another man is pretending to be his son’s father and his wife’s husband. He did add that on paper, he and Deavan are still married.

The finale episode of 90 Day Fiance: The Other Way aired on TLC on Sunday, November 29. Fans now eagerly await the resulting Tell-All, which will hopefully come soon.