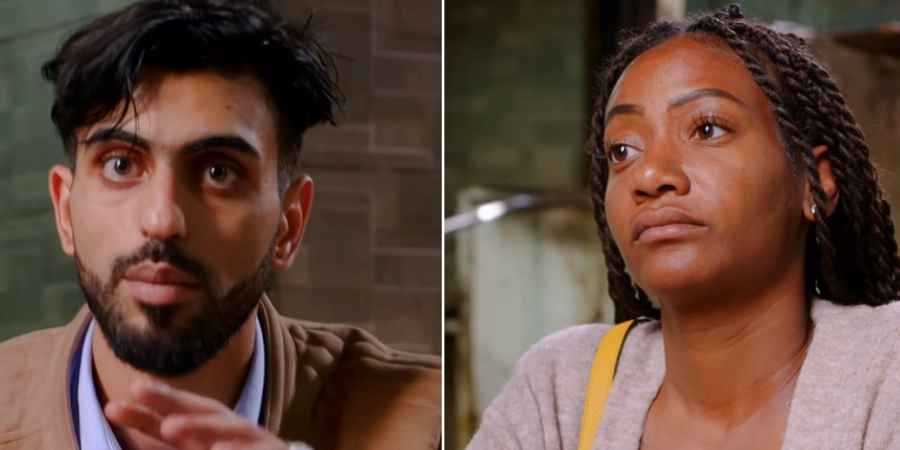 Brittany seeks clarity from Yazan's brother, but it only makes her feel worse.😥 Tune in to #90DayFiance: The Other Way, TONIGHT at 8/7c. pic.twitter.com/bfElAEFWQ4

Brittany learned that Yazan’s life was in danger, as his father would have to sit down with other heads in their tribe. The tribe would then come up with a verdict on Brittany and Yazan’s potential marriage. This could even involve them killing Brittany’s beau.

As for Brittany, she tells the camera that it is “really crazy” that a “giant tribunal” would decide her and Yazan’s fate. She doesn’t understand why they are taking it so far. Brittany also doesn’t understand why they make decisions that have nothing to do with them or their well-being. Banks said how hard it is because she believes she and Yazan are doing no wrong.

Brittany goes on to say that “never in a million years” would she believe she would find herself in this situation. She said Yazan had gotten them into hot water, without making her aware of the stakes they were up against. Banks felt “entirely overwhelmed” and didn’t know what to do.

Yazan wants Brittany to marry him for the right reasons

On Yazan’s part, speaking of her decision for them to marry, he said he wants this to come purely from her heart. Speaking via Adam, the translator, he said, “So I want you to say, ‘Yes, we want to get married because I love you, not because you are in danger if I decide something else.'”

Later in the episode, Brittany spoke of their situation in his country, Jordan, saying it wasn’t good for them. She suggested to Yazan that instead of her living in Jordan, he should move to the States. Brittany said she knows they talked about that before, and she had been against it. But now, learning of the dangers Yazan is in, she believes it best that he move there.

For his part, Yazan said he didn’t know how to feel about Brittany’s suggestion. Unlike many fellow TLC reality stars, moving to America had never been part of his dreams. Yazan said he has never thought of moving to the States. He doesn’t know the place and says he hopes to stay in Jordan. However, if Brittany wants to leave, he thinks he does want to be with her.

Brittany speaks of the dangers of them staying in Jordan

Brittany explained to Yazan that Jordan isn’t working out, as it is so dangerous. She thinks it is time to leave. Banks said she needs to do a lot of research into visas and immigration, adding it is “pretty expensive.” She then admitted to the cameras that she was not yet ready to marry Yazan. However, from what she knows, the best option for them is the K-1 visa.  ET quotes Brittany as saying by the time the visa process is finished, maybe she will be ready to marry him.

In the meantime, Yazan worries that Brittany could change her mind about him while living apart. He said he worries that if she leaves, I’m time her feelings for him will go away.

The coronavirus pandemic was about to hit, so Brittany decided to leave Jordan before the borders closed. She was going to start the K-1 visa process. Before she left, Obaida told her he would do his best to convince his parents that Yazan moving to the US was a good idea. He said he would keep his brother safe while she was away.

As Brittany and Yazan share an emotional goodbye at the airport, Yazan still worries that Brittany will decide to leave him after returning home. For her part, Brittany has a lot of thinking to do. She told the cameras that when she moved to Jordan, she had no idea what she was getting herself into. Brittany admitted that she does love Yazan, but doesn’t know if the relationship is right for her. She pointed out that he stands to lose a lot by marrying her, so they both have a lot of thinking to do.

The finale of 90 Day Fiance: The Other Way aired on Sunday, November 29. Readers should keep their eyes peeled for the Tell-All episode, which might reveal more.