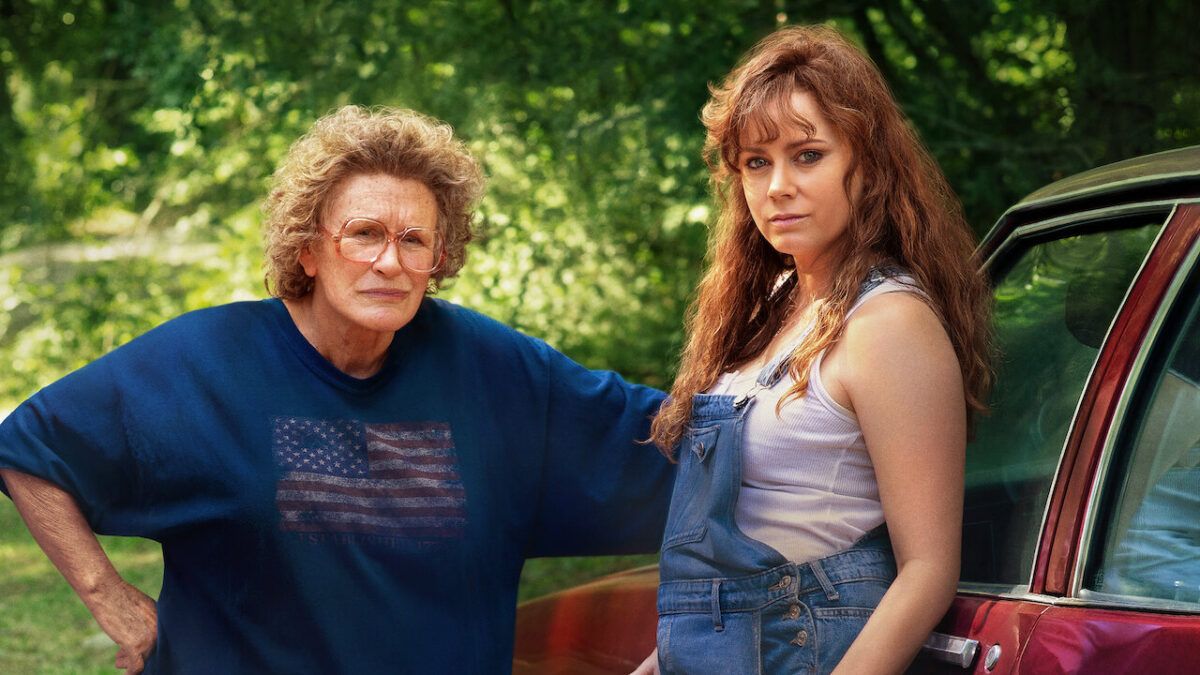 Widely panned by critics and liked a lot more by audiences is the new Netflix film, Hillbilly Elegy, brought to the screen by director and producer Ron Howard.

Based on the eponymous book by J.D. Vance, this is a familiar story of rising above the ranks and trying to make it out of a very difficult financial strata.  What is unfamiliar is the speed of which American culture and politics has deviated from what was once the norm. The divide in what critics are saying and what audiences are being drawn to is more indication of the enormous rift of cultural POV and sensibilities in the U.S.A.

Hillbilly Elegy is not a neatly nuanced artsy film, but it unquestionably is quite a powerful everyman’s story as it deeply resonates with many viewers including Ron Howard, who has said that his own life trajectory had parallels to J.D.’s. Another film that had that same effect and also had earned the scorn of film critics was Ghost with Demi Moore. Audiences adored this massive hit. Critics couldn’t brush it off fast enough at the time.

The source material is J.D. Vance’s bestselling memoir about his fractured upbringing with an addicted mother Bev (Amy Adams) trying—and failing—over and again. To her credit, she educated herself to become a nurse despite a predictive teen pregnancy, but her childhood scars of watching her father abuse her mother and conversely her mother fighting back, hard mind you, left her medicating her depression and anger with easily obtained opioids, a sad tale as American as apple pie these days.

The salty character, Mamaw (Glenn Close) is a force of nature, perhaps in another time or place could have been a major contender in whatever vocation she so chose if she had been channeled by a mentor. Mamaw steals a lot of the thunder here, and a sister (Haley Bennett) desperately acting as the liaison between J.D.’s future and his past that is inconveniently popping up, is delivered in a subtly acted turn.

Anyone who has screened Jackass star Johnny Knoxville’s The Wild and Wonderful Whites of West Virginia  knows that the low hanging fruit of colorful poor folks in Appalachia is a rarified (and easily lampooned) world to enter by a savvy coastal dweller. These Appalachian folks only seem to have each other, and that’s their survival superpower. Same here for Elegy, as Vance’s people have each other’s backs and counting on kin is ingrained and expected.  There’s a damned good reason why Dolly Parton is adored the world over and Twyla Tharp—a huge talent in the arts and dance world— is known only by the hippest, cool cats.

Even though our protagonist Vance semi-escaped to Ohio’s Rust Belt, the misery and the cycle of not having follows him at every turn. In flashback sequences we meet the young J.D. (Owen Asztalos) who squeaks by the local druggie do-nothings all about him manages to excel. He eventually scores an admission to Yale Law School. What happens after that is the unfinished business that his family is steeped in, and with the Vance paternal role long vacant, the problem solver, the broad shoulders to lean upon are now squarely his.

Vanessa Taylor’s script cuts the action back and forth from past to present. The adult J.D. drives cross country to Ohio trying to get a rehab bed for his mom, his girlfriend Usha (Freida Pinto), also a Yale law student slowly learns why he has kept his background so close to his vest. The imposter syndrome and feelings of inadequacy, the metaphor being the beloved fried baloney sandwich, is at times is touched upon too between J.D. and his tribe-of-two sister, each of them recognizing in the other what they needed to do to get out, but still hold on to their core familial strength at the same time.

Many of the critics cite and compared previously screened classic films that also dwelled in various levels of poverty, including the new release, Nomadland with Frances McDormand. Some even referred to the performances by Amy Adams and Glenn Close as “Oscar bait.” But they have lost sight that film is art, and art is subjective, imprecise and it elicits sometimes unpredictable emotions, not all of them esoteric nor high brow.

And the feelings that this film are drawing upon are touching the very sensitive exposed nerve many middle-class Americans are facing right now. Job losses and industries diminished, like making movies or film critique, and journalism as a whole. Small business owners are folding, people are being evicted, mortgages are in arears and we are learning quickly the expensive college degrees do not necessarily deliver the ROI one had hoped for.

So why does any of that come into consideration for a film from Netflix some have called a “sickeningly irresponsible parade of death and despair“?

People relate and just like the film. It doesn’t matter that Vance’s family hails from Appalachia, as the film could have been set in South Boston, Pacoima or Reedsport, Oregon. Poverty defies locales and race, and unifies in the feelings of shame and crystallizes in anger and then melts into the crushing despair that comes with realizing that you are not, to quote Cyndi Lauper, one of “the fortunate ones.”

And more than ever, the gulf between shiny bright futures and those who are filing bankruptcy from a single hospital visit or just trying to feed their families has not been witnessed writ large since the Great Depression. But it’s not all doom and gloom… as the rich are doing just fine these days.

Despite the book’s more political bent, this film is not a tale of disgruntled Trump voters and the new Republican order, but also the working poor and worse from Democrat Biden’s beloved Scranton too. Many people need their flawed families to make it these days, pure and simple.

Vance’s memoir and Howard’s film is the artistic underscore to this new reality and existence that we all face, filled with dyspeptic feelings of uncertainty, and of being cheated in some way.