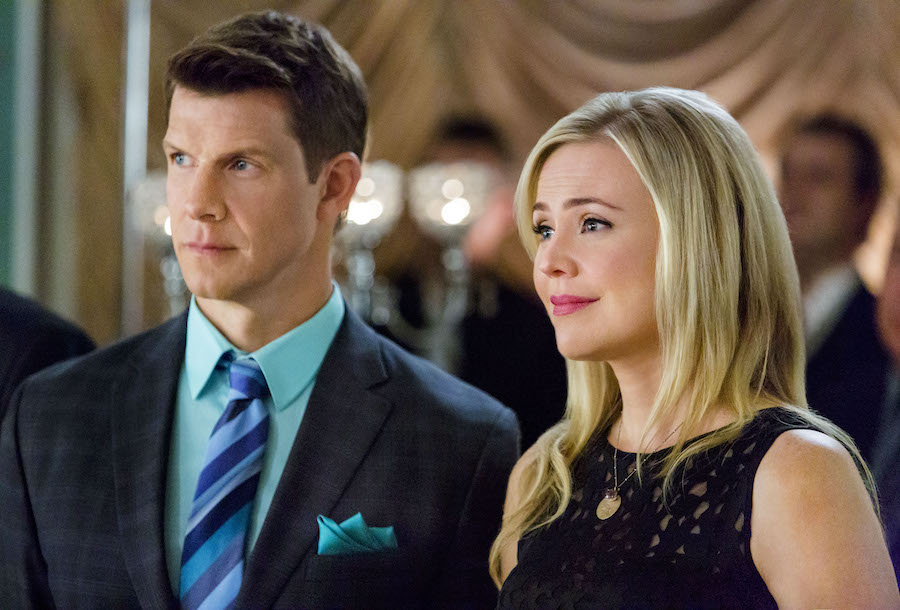 Hallmark’s Signed, Sealed, Delivered fans should have enjoyed a movie in 2020. We are just a few weeks before the year has ended, and there is no movie. In addition, they have not even filmed a new movie. What is the mystery of the delay?

Why Is There A Signed, Sealed, Delivered Movie Delay?

POstables, fans of Hallmark’s Signed, Sealed, Delivered mystery series want to know what happened to the 2020 movie that was promised. In the summer of 2019, creator Martha Williamson shared that there would be a new movie in 2020. This movie would end up on the Hallmark Drama channel.

On September 24, 2019, Williamson tweeted a photo of herself standing next to a mailbox. She wrote, “Just sent the next Signed, Sealed, Delivered script to Hallmark! We’ll keep you POsted!! #POstables #hallmarkmovie #SpecialPOstablesDelivery.”

The talented author did not reveal the storyline. But, fans of the series know a bit of what they may expect.

It has been over two years since the last movie. Fans are nervous Has the proposed new movie been canned?

One thing that POstables fans do realize is that Hallmark is currently airing Christmas movies 24/7. Clearly, filming those movies were the top priority during this difficult time. It is pretty incredible that Hallmark was able to film 40 new movies for 2020, during a worldwide pandemic. There are regular network series that are still filming first episodes. Meanwhile, Hallmark didn’t skip a beat in 2020.

They are not the only actresses who stayed on in Canada longer. Currently, Lacey Chabert and Brennan Elliott are filming the second of three new Crossword Mysteries. Jill Wagner and Kristoffer Polaha are filming at least one new Mystery 101 movie. Erin Cahill is also joining him, and it appears that she portrays Travis Burke’s ex-wife.

It is very unusual for Hallmark to schedule back-to-back movies like this. This could just be the new normal. But, during this time of Covid-19, there is a mandatory 14-day quarantine, as they film most movies in Canada. This means that if an actor shoots a movie, and goes back to the states, they will need to do it all over again. That is not very efficient with time.

While Hallmark has not made a statement, it seems pretty clear that because only one member of the Signed, Sealed, Delivered team has been in a post-covid Hallmark movie, (Geoff Gustafson, Wedding Every Weekend), that the delay may have more to do with convenient scheduling than any other delay.

On October 21, Eric Mabius went to Twitter to assure fans that any news of cancelation is just rumor. He retweeted Susan Post’s tweet, “I absolutely think it will get made, but I also believe it will be a good long while until it’s really is safe enough to film. I’d rather the POstables be safe than rush anything.” Eric’s comment? “And that’s all there is to say about that. No other insidious reasoning. All of the other speculation and rumor is simply, just that.”

Sounds like this mystery is solved. This lengthy delay is just bad luck and another coronavirus complication. That is it.

But, what is important is that there is a script and the cast are ready for a new Signed, Sealed, Delivered. It just sounds like 2021 will be the likely time it will be filmed and it will air on Hallmark Drama.