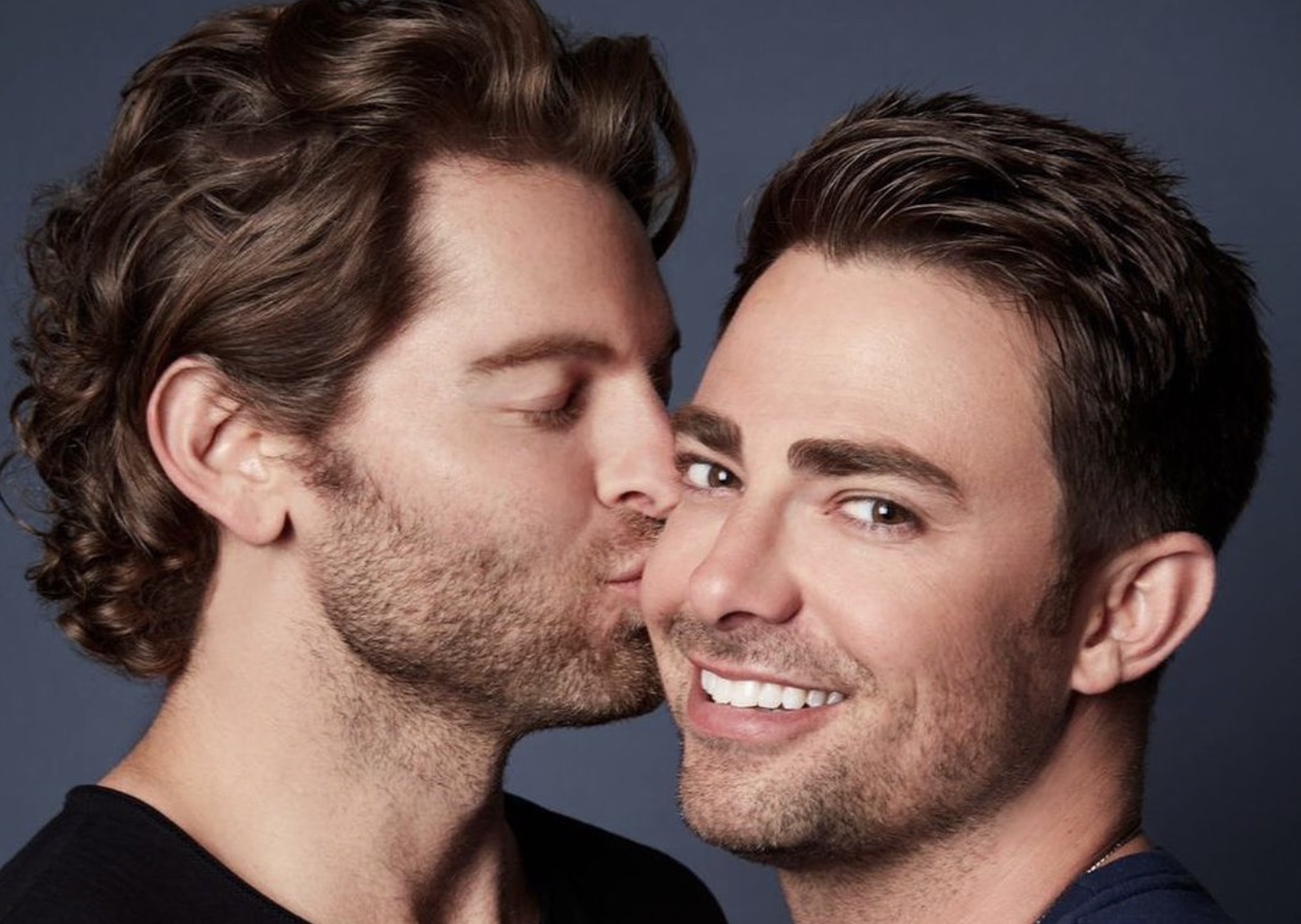 Not everyone can say 2020 has been a bad year. Mean Girls star Jonathan Bennett has had a hit movie, The Christmas House, portraying one half of  Hallmark’s first LGBTQ lead couple. Now, he has some great personal news to share. He is now engaged! What are the details that made him “ugly-cry”?

According to an exclusive with People, Jonathan Bennett is engaged to his boyfriend Jaymes Vaughn. According to a the Hallmark star, Vaughn got down on one knee and he proposed.

How did he do it? Jaymes Vaughn wrote and sang a song to his surprised love. When Jonathan was in Canada filming Hallmark’s The Christmas House, Vaughn was home. He used his time well, working with his producer friend, Tanzer, writing and perfecting the lyrics.

At the core, the idea of a personalized song was Jonathan’s idea. He always looked for the perfect song to represent their love. Unfortunately, he never found the perfect song. Subsequently, Jaymes wrote an original song. Now, the lyrics are perfect. Next, is the setting.

Under the guise of taking photos for Christmas cards, Jaymes had family visit, as well as a photographer to capture the proposal. The final result was very moving. Jonathan went into ugly cry mode. Yet, first, he started screaming. That began when Jaymes first went down on his knee.

But, the rest was a total blur. “It’s hard for me to really remember the rest because I think my body just decided to black out and ugly-cry. All I was doing was ugly-crying.”

Now, we don’t know how this cry compared to when Jonathan met President-elect, Joe Biden. According to Jaymes Vaughn’s Instagram, “First time we met Joe, Jonathan started crying because his Dad died from the same brain cancer Joe’s son died from. Joe, without pause, pulled him in, held him close and just kept him right there, talking to him until he was able to calm down.”

Jaymes better make sure there are enough tissues for the wedding itself!

Who Is Fiancé Jaymes Vaughn?

Now the big question is, what do we know about Jaymes Vaughn? Jonathan’s fiancé is a syndicated entertainment news host on Celebrity Page. In addition, Vaughn has been a guest on both The Talk and Access Hollywood LIVE.

Moreover, Amazing Race fans may recognize Jaymes Vaughn. He participated in Season 21 of the CBS reality competition show. Along with partner James Davis, the two wound up in second place that season. Not bad at all.

Christmas movie fans have loved Hallmark’s The Christmas House. The Mitchell family antics, their crazy Christmas tradition, Mike and Andi’s new love, and Brandon and Jake’s adoption story was quite a success.

Recently speaking to the Bubbly Sesh podcast, Jonathan Bennett revealed that there are talks about a possible Christmas House 2 movie. Jonathan is really honored to be the first actor in a LGBTQ lead role, in a Hallmark movie. He just sees the possibilities of more inclusive stories.

But first, Jonathan Bennett and Jaymes Vaughn must plan a wedding.