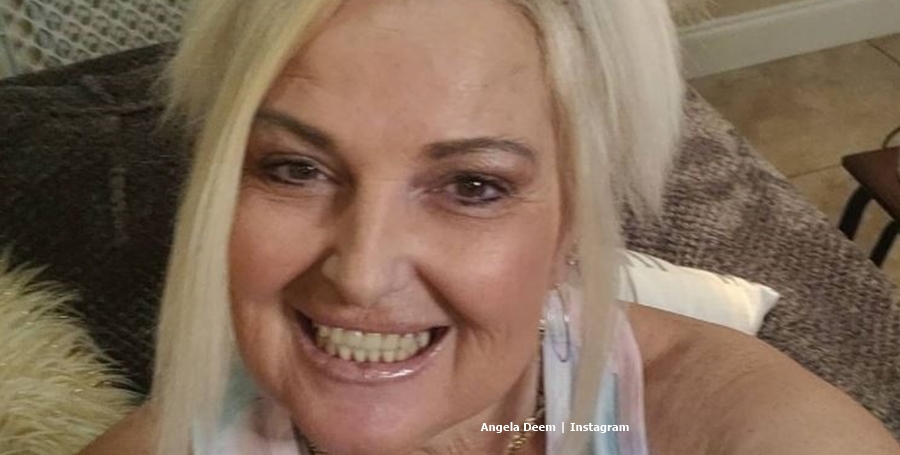 90 Day Fiance star Angela Deem looked impressive earlier this month when she shared a selfie. In fact, it’s obvious that she lost a lot of weight and polished up quite well. Recall that during the TLC Tell-All she spoke about surgery for weight loss. But now fans wonder if she also went for a boob reduction.

We reported that altogether, Angela shared six photos of her new slimmer appearance. They came when the family celebrated one of the grandkid’s birthdays. And, fans couldn’t help but gush over the difference in her weight. Many of them congratulated her on her new appearance, and they littered her post with smiling emojis. Recall that in the Tell-All, the news that she intended going for surgery took Michael by surprise. In fact, he objected, but to no avail.

Interestingly, many African people don’t mind their women looking a bit thicker than average. Face To Face Africa reports that in Africa, large boobs and big hips are often seen as a sign of “fertility.” And obviously, if you can afford to eat a lot, then it also indicates “wealth.” Well, Michael’s out of luck on both counts, as his woman famously only has one egg. And 90 Day Fiance star Angela Deem is not wealthy.

Did Angela also get a boob reduction?

Screen Rant reported that Angela became quite famous for using her large cleavage for holding all sorts of things. Treating it like a “purse,” TLC fans never knew what might emerge next. “Over time, fans … saw a type of inhaler, or as some thought, a vaping device that was once protruding out of her chest.” But, it certainly looks like inhalers, cigarettes, money, tissues, air tickets, and other odd bits and pieces won’t be stored there in such quantities in the future.

While many fans see 90 Day Fiance star Angela Deem looks much thinner, some feel skeptical about the timeline. But, as others point out, the Tell All got filmed some time ago. And, clearly, she had time to recover from any surgery. And, no doubt about it, many agree she looks pretty, younger, and much slimmer. Actually, she looks slimmer in the face, on her chest, and on her waistline. And, some of her fans think if she went for a boob reduction, good on her.

Big boobs can even damage your health

According to the Mirror UK, a Scandinavian doctor noted the many health issues associated with very large breasts. These include “spinal pain,” nerve pinching, “stress on the neck” and even curvature of the spine. In fact, the wear and tear as women age can even shorten their lives by as much as “five years.” And of course, as exercise becomes embarrassing or more difficult with large breasts, they tend to avoid exercise, compounding the problem.

So, if 90 Day Fiance star Angela Deem had a boob reduction, fans should possibly cheer for her rather than slam her for it.