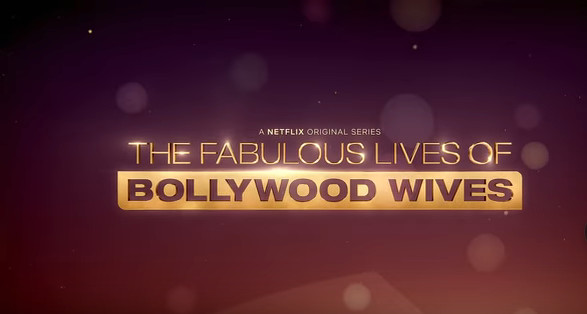 In an episode of the Fabulous Lives of Bollywood Wives Shanaya Kapoor is preparing to go to le Bal. The ball is in Paris and for introducing debutantes to the world. D. Shanaya, being the only Indian girl invited, thrilled her mother while surprising Twitter. Maheep mentioned it several times throughout the episode.

Maheep expressed worry about how her husband, Sanjay Kapoor was going to act. She was excited, however, that her daughter got to go.  Worried he might embarrass the family she warned him to behave. When they get to Paris, they start getting ready and rehearsing for the ball.

On the day of the party Sanjay showed up wearing trainers with a nice suit. He didn’t, however, embarrass his wife and daughter. He refused to drink champagne. According to Hindustan Times, Shanaya wore a ruffled red Lecoanet Hemant gown with a plunging neckline. On Instagram, Maheep shared a picture saying, “that’s my girl.” And about Maximilian Hindmarch she said, “the sweetest cavalier.” 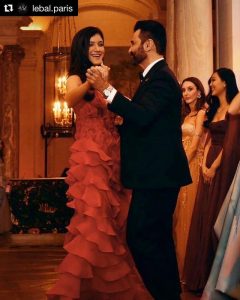 Fans are skeptical about Shanaya Kapoor’s being invited to le Bal. One fan tweeted, “it says a lot about le Bal when their guests from Bollywood were Ananya and Shanaya in the last 2 years.” Another fan asked, “did these people pay to get invited to Le Bal? How are they even breathing the same air as Reese Witherspoon!”

Fans also thought it was amusing how much Bollywood loved le Bal. One fan said the first two episodes could be summed up as, “Bollywood cabal glorifies Le Bal.” Fans criticized Maheep’s view of how hard her children are working.

One said they rolled their eyes when Maheep mentioned how her daughter is so independent and on her own. Another user posted an angry meme and said, “me listening to Meheep talk about how her daughter is 21 & not under her “parents’ umbrella like everyone else her age. Out there “working hard in the sun” at movie sets.” They went on to say literally everyone they knew interned at twenty-one for no stipend.

The Leading Lady Loves The Spotlight

Maheep Kapoor shared on Instagram that their show was number one in India on Netflix. While they’ve had some critics, the wives try not to take themselves too seriously. She said, “thank you guys for all the love.” She loves that she gets to share the screen with real-life friends Neelam Kothari, Bhavna Panday, and Seema Khan.

According to The Indian Express, Maheep’s claim to fame is her actor husband, Sanjay Kapoor. She has also acted in the past, but that was over two decades ago. Now she can indulge her desire for the spotlight as people continue to binge the Fabulous Lives of Bollywood Wives on Netflix.