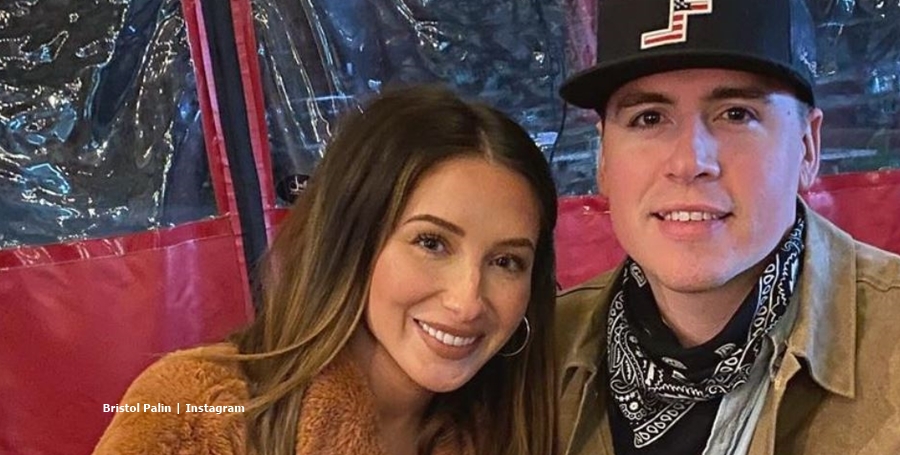 Bristol Palin, as Teen Mom fans know, left MTV as she felt she wasn’t really a good fit. And, she certainly looks and sounds in a better place without the show. Bristol, as fans know already raises Tripp, Sailor and Atlee. After two different baby daddy’s she and Zach Towers became a couple in July. And now it looks like they take things to the next level.

Bristol Palin, happy, healthy and in love with Zach Towers

As the daughter of the former Alaska Governor, Sarah Palin, Bristol quickly grew a large fanbase when she starred on the MTV show. So, despite her leaving, she still retains many fans. And we noted that she seems admired for her weight loss and generally positive character. These days, she spends a lot of time working as a professional speaker, as well as juggling the kids.

Fans of Bristol Palin seemed happy that she found a man she loves. The announcement wasn’t followed by thousands of loving photos. And, they stay rather quiet on social media. But the occasional pictures that come out reveal a loving couple. Zach and Bristol both come from the same town in Alaska, and many Teen Mom fans hope it works out this time.

Next level step for Bristol and Zach

On the weekend, Sarah chatted with a fan who asked if their relationship progressed to the point where Zach met her kids. Well, it turns out they already took that next level step, Popculture noted. It came during a Q&A and when the question came in, Zach Towers took the phone and answered by saying that he did meet them. And proving his point, he revealed that Tripp sat in the back of the car. So, fans know that he met at least one of the three kids.

Recall, Sarah Palin co-parents Tripp with Levi Johnston. Later, her daughters arrived when she got together with Dakota Meyer. With two failed relationships behind the Teen Mom alum, fans hope that this time, it all works out with Zach, an Alaskan contractor. Sarah’s been a mom since she turned 18 years old. She turned 30 in October of this year, and her fans would like to see her happy in a relationship.

Fans comment on a photo of Zach and Bristol

Five days ago, Bristol shared a photo of herself with Zach at a diner. And fans agree they make a beautiful couple. One MTV fan wrote, “He better take care of our girl ❤️” And others talked about them as a “sweet couple” who look radiant together.  Then, another Teen Mom fan said to Bristol Palin, “You look so happy and it melts my heart!”