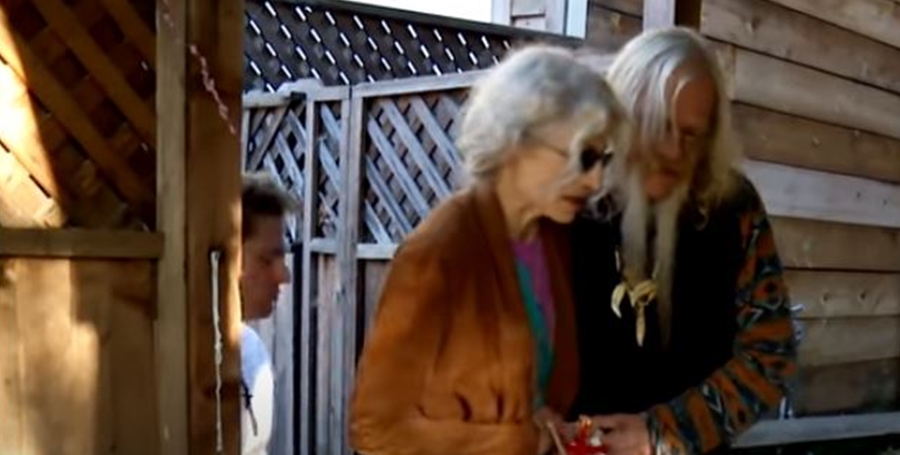 Alaskan Bush People fans heard that just when the Brown’s Washington home was nearing completion, winter swept in and delayed things. And then a fire went through and destroyed much of what they owned. And now, rumors arise that Bill and Ami Brown might have moved back into their old LA home.

In our exclusive interview with Bird and Rain in October, they spoke about the impact of the fires on the family. Obviously, Billy, with his bad chest struggled with all the smoke. But they assured us that the old folks are doing okay. And, they also talked about taking their parents to the LA house for medical checkups. Personally, Bird hates city living, so she avoids staying there permanently. Recall, when Ami suffered through her cancer treatments, they relocated there from Alaska.

Living closer to a city seemed in order after that, as Ami required regular checkups. And that’s why they moved onto the Washington ranch. But that arrangement soon came down around the Alaskan Bush People stars’ ears. Bird mentioned LA again, and Ami needing medical consultations and scans and things like that. So, they take them to LA when required. But now, a rumor came out that suggests Billy and Ami pretty much stay there permanently these days.

Billy and Ami in LA, California?

Popculture reported that “the Brown family had a difficult 2020.” And fans already know the full story. In October, Bird told the outlet that the family remains “evacuated” from the ranch. Well, it’s not clear where they evacuated to. But they all hang together a lot. And, they take a lot of care with social distancing and whatnot. So, probably, they moved back to LA.

But most of all, the Alaskan Bush People star feels happy enough as Billy and Ami seem in good health. She said that there’s no clear “timeline” for a return to the ranch. But for now, “Ami and Billy ‘are holding up — air quality is a big factor for my dad.” Between them, they keep the oxygen handy. Recall that Billy Brown suffers from respiratory issues. And, Ami fought a long fight against stage 4 lung cancer.

At least, if they miss the wilderness right now, Ami and Billy have easy access to good medical facilities. And if necessary, the mansion in California is large enough to pretty much accommodate the whole family. Fans of the Discovery show thought that in the last season, they both looked a bit older and frailer. And, the close-knit family no doubt fear that ill-health might take them away soon. If they do live in the LA mansion, for now, that might be the best place for them.