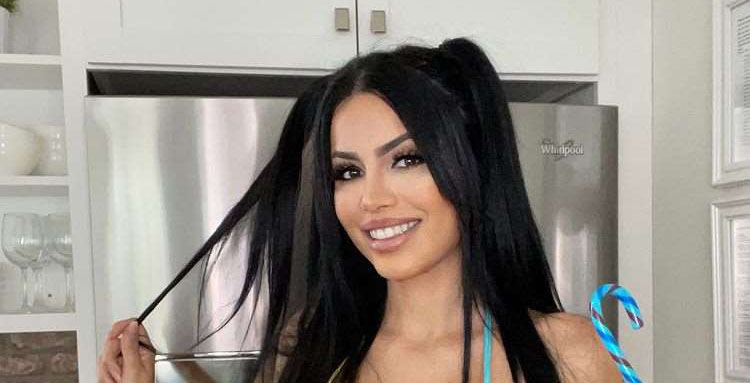 Luckily for Larissa Lima fans, they don’t have to worry about how to keep up with the reality star. Formerly of TLC’s 90 Day Fiancé franchise, it seems now she makes money off of OnlyFans. Since she is very active on Instagram promoting her OnlyFans business, there seems to always be new content on her Instagram.

It may seem that in order to be successful on a platform like OnlyFans, a content creator would have to have help and lots of fancy equipment. However, according to Larissa Lima, that’s not the case. In an ongoing Q&A in her Instagram stories, it seems that fans want to know one of two things. First, they want to know if they have a shot with the Brazillian beauty. Next, they want to know how she supports herself off of her income from OnlyFans.

Fans wonder what type of equipment Larissa uses. Surprisingly, it isn’t that complicated. According to Larissa, she only uses her phone, a tripod, and a remote. One fan asks “What camera do you use? Or filter?” Larissa simply responds with, “Iphone 12 pro max.” After seeing that response, Larissa gets asked, “How do you like the iPhone pro mox? Is there a major difference in the camera quality you’ve noticed?” And, apparently, there is since her response is, “The camera is dope.”

Larrisa even answers questions about money.

Shockingly, Larissa Lima gets very specific about her OnlyFans success. One fan asks, “How Much money could some as successful as you on OF expect to make in a month?” And, with no explanation, Larissa just answers, “40K.”

So, theoretically, Larissa Lima makes $480,000 a year. So the next logical question might be, doing what? When one fan says they’re thinking of starting an OnlyFans account, they ask, “Is OnlyFans only live, or can you just post pictures and videos?” Larissa says, “You can do lives, [send] video/photos.”

While it may not be a traditional way to earn a living, it seems that Larissa Lima does well for herself on OnlyFans. What are your thoughts on her non-traditional lifestyle? Let us know in the comments below. Stay tuned to TV Shows Ace for more news about your favorite reality television stars.