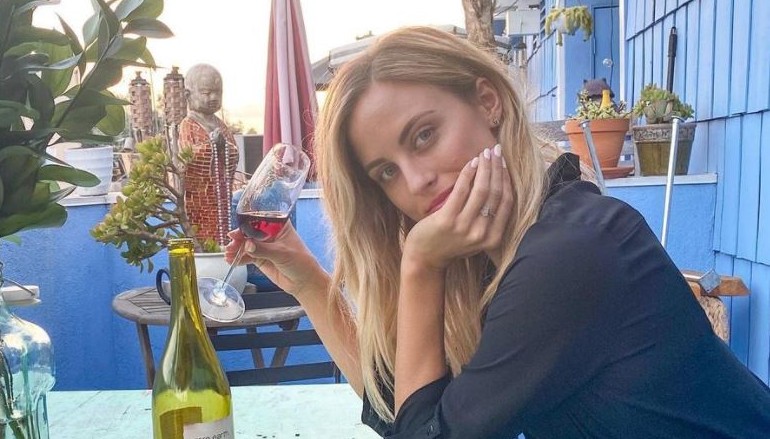 Fans loved seeing Kendall Long on Bachelor in Paradise. She found love with Joe Amabile, aka Grocery Store Joe, and they were together for awhile. However, after moving in together in Los Angeles, they split last January. Joe decided he wanted to return to Chicago. So, they decided to part ways. Fans hoped for months for a reconciliation between the two. Since it appears they have both moved on, fans are now wondering if Kendall Long would ever consider a second trip to Paradise.

Kendall Long shares if she would return to BIP

US Weekly caught up with Kendall to find out if she would be willing to be appear on the hit reality show once again. And, she definitely isn’t ruling out the possibility. She admitted the process worked for her in the past so she believes it could work twice.

Kendall said, “I try to live as if I’m not depending on the Bachelor world to find my future husband because then I’m just holding off my love life.” She continued, “But I had nothing but amazing experiences. It worked for me. And if it could work for me once, maybe it could work for me twice.”

However, the 29-year-old alum also says she’s not trying to put all her eggs in The Bachelor basket. She said she’s definitely single and still dating.

She has no regrets

Even though she and Joe never made it down the aisle, Kendall has no regrets about her time on the show. She said, “Paradise was so fun. Also, that’s where I fell in love with Joe and we were together for a year and a half and it was a great experience.”

Kendall also admits she truly enjoyed being on Bachelor in Paradise much more than on The Bachelor. She first made her debut on the franchise while dating Arie Luyendyk Jr. Things obviously didn’t work out with Arie so she moved on to Paradise to try again.

As to why she liked BIP more Kendall said, “I also liked it because it was half guys and half girls.” She continued, “It wasn’t so much all these women going for one guy. I think that dynamic could be a little stressful at times. I liked that it was more of an even playing field.”

As far as her current status with Joe, they are still great friends. Kendall said she loves Joe and knows she can talk to him when she’s having a rough day. While there is nothing romantic between them right now, she said she’s not sure what’s going to happen down the road.