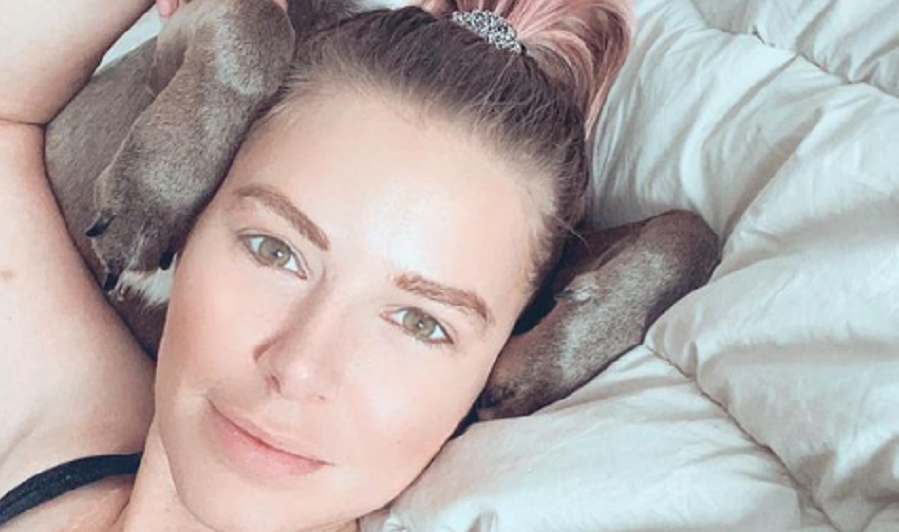 Ariana Madix is making the pregnancy rumors swirl once again. She posted a new photo via Instagram because she was feeling herself. But it didn’t take long for her followers to ask if she was pregnant too. Some fans have been placing bets on who will have a baby next.

There’s no doubt that a Vanderpump Rules baby boom is happening. However, that’s not going to change Ariana’s stance on wanting children. She shared on the show that she has no desire to have children. Her boyfriend, Tom Sandoval, would love to be married with children.

The pregnancy rumors swirl quickly. On Thursday, November 26, Ariana Madix shared a new selfie. She asked her fans how they were doing on Thanksgiving Day. The Pump Rules star wanted to check in since the holiday is tougher than in years past. Most people are alone and aren’t with their families.

But that didn’t stop followers from asking if she’s pregnant. One user wrote: “I don’t mean this harshly cuz you look stunning but … you aren’t pregnant are you?! Lol.”

Ariana responded: “haha thank you for that but why i would be pregnant lol.”

Another user suggested that the blonde beauty would have baby fever because “all the other Vanderpump girls are.” But the fan advised the troll that it’s “still not cool to ask that.” Pump Rules Babies shared the screenshot of the conversation on its Instagram page.

Some fans are surprised that people asked Ariana if she’s pregnant. It’s well-known that she has no desire to have kids or get married. The Fancy AF Cocktails author made that clear on previous seasons of the Bravo series. But one fan argued that she does look pregnant in the photo.

She joked about the pregnancy rumors before

In late September, Ariana Madix decided to play around with her followers. She cradled her bloated stomach in a Saturday, September 26 Instagram Story selfie. In the caption, she wrote: “Not pregnant just bloated and starved for attention.” Some fans took it as shade towards her costars Stassi Schroeder, Lala Kent, and Brittany Cartwright’s baby announcements.

Ariana added: “Some of y’all are completely devoid of humor and think everything is ‘shade’ but I guess I got that attention I was desperate for anyway. BTW it’s a bean and cheese burrito and Del Taco is the father.”

Pump Rules star has no desire for a traditional life

Ariana Madix and Tom Sandoval started dating in 2014, shortly after Sandoval’s split from Kristen Doute. At the end of Season 3, the couple started living together at his apartment in West Hollywood, California. Then, they became one of the couples who purchased a million-dollar home in The Valley.

While the couple has made some major milestones together, Ariana has no interest in getting married or having kids. She gets tired of people asking about their future family. In December 2018, she told Us Weekly that she and Sandoval will “probably never” get engaged. As for Sandoval, he is open to adoption.

What are your thoughts on fans asking Ariana if she’s pregnant? Do you agree that it’s rude? Sound off below.